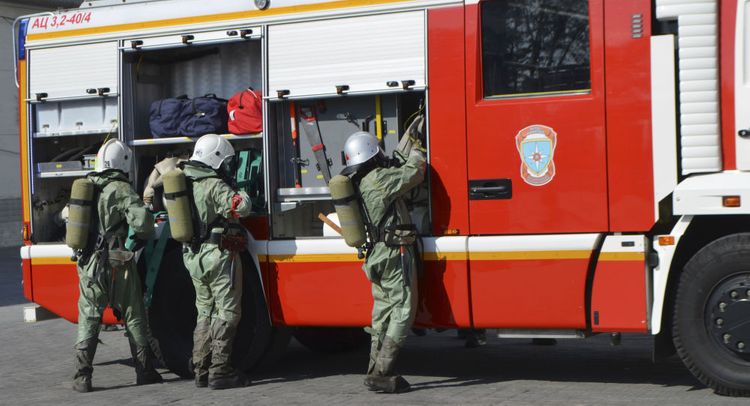 Number of people injured as a result of a fire that hit a drug dispensary in the Russian city of Tyumen, has reached 12, APA reports citing Ria Novosti.

Regional Health Department has released information in this regard.

One person died and seven more were injured, as a result of a fire that hit a drug dispensary in the Russian city of Tyumen, the Russian Emergencies Ministry said on Saturday, APA reports citing Sputnik.

Local firefighter services received information about the fire in the drug dispensary at 01:00 a.m. local time (20:00 GMT on Friday), and the blaze was extinguished 26 minutes later.

“As a result of the fire, one person died and seven were hospitalized”, the Ministry said.

According to the Ministry, 13 people have been rescued and 116 more evacuated. More than 70 firefighters were involved in tackling the fire.

Causes of the incident remain unknown.