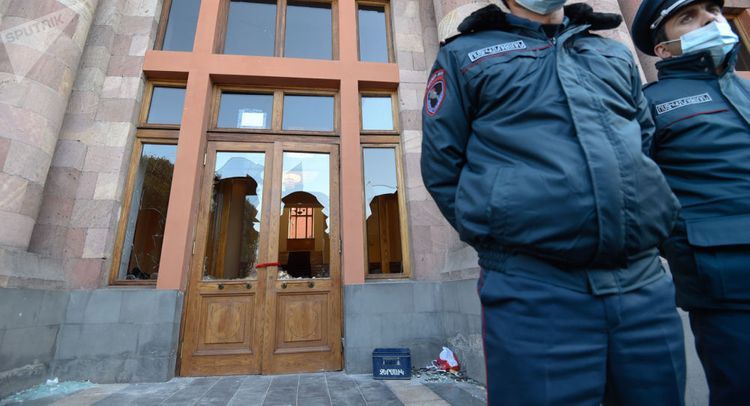 A woman and a man demanding resignation of Pashinyan handcuffed themselves to the doors of government building in Yerevan.

One of the protestors said he represents the Azatagrum movement.

“Azatagrum movement is against Pashinyan, we demand his immediate resignation, we do not want him to enter government building,” he noted.

Then protestors have been detained by police.

Numerous police forces came to around the government building.