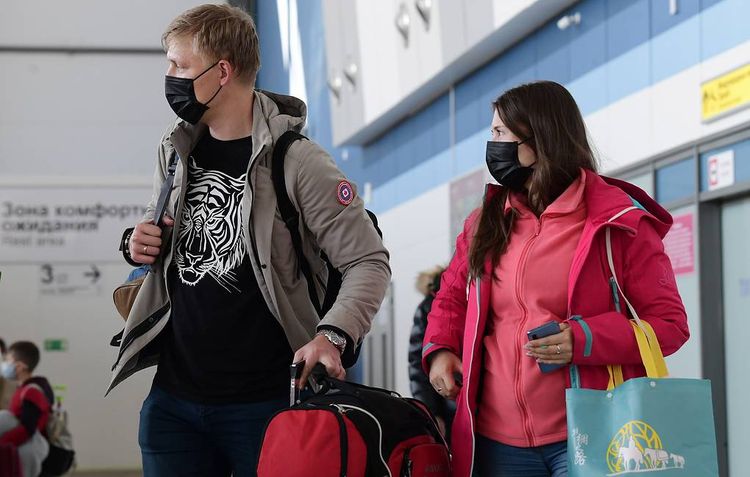 Evacuation of Russian tourists from China began on Saturday in the Far East due to the spread of pneumonia caused by a novel coronavirus, regional governments told TASS, APA reports.

More than 200 Russian citizens have been evacuated through border crossings in Trans-Baikal, Primorsky and Amur Region.

Russian Prime Minister Mikhail Mishustin signed an order on January 30 to close the Russian border in the Far East as a preventive measure against the spread of a new strain of coronavirus. Since 31 January, traffic has been suspended via checkpoints.

According to the Trans-Baikal regional government’s press service, on Saturday Russian nationals on three buses came into the country through the Chinese border crossing point Manchuria.

"Six Chinese citizens left [the Trans-Baikal Region on February 1]. Another ten Chinese announced their intention. Nineteen citizens returned to Russia [from China on three buses]," the press service said. All those who arrived are placed in quarantine until the results of the tests are ready.

Tourists are crossing into Russia through three motor crossings. On Saturday, three buses crossed the border, according to the Primorsky regional government. Of the 100 people wishing to immediately return to Russia, a total of 58 people have come back home. The rest will cross the border in coming days.

A group of 165 Russians returned via the temporary Blagoveshchensk-Heihe checkpoint. At China’s request, a separate corridor was organized at the Blagoveshchensk checkpoint and 90 Chinese nationals have been able to leave for homeland using it.

On December 31, 2019 the Chinese authorities reported to the World Health Organization about an outbreak of pneumonia of unknown etiology in Wuhan, a major trading and industrial center with a population of 11 million. The virus - 2019-nCoV - was identified on January 7. Apart from China, 23 other countries, including Russia, have reported confirmed coronavirus cases. The WHO declared the new coronavirus outbreak a public health emergency of international concern. Up to now, China has confirmed over 11,700 cases of patients infected with the novel coronavirus, while the death toll from the virus has hit 259.