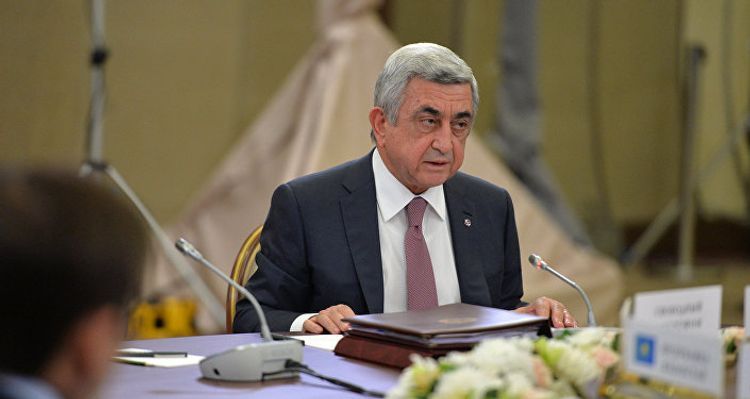 Earlier, the Special Investigation Service of Armenia charged Sargsyan with organizing embezzlement of the state over $ 1 million.

“The property of Sargsyan and head of the“ Flash ”company Barsegh Beglaryan has been seized,” said Oganjanyan.

According to investigators, the abuses were committed as part of a government program selling diesel fuel to peasants at affordable prices. According to the materials of the case, Sargsyan is suspected of instructing his subordinates to choose “Flash” as the diesel fuel supplier, although another company, “Maskhur”, offered to arrange supplies at lower prices. Investigators believe that the former president acted for selfish purposes to ensure maximum profit from the transaction.

Since April 13, 2018, opposition protests have been held in Armenia, opposing the election of the ex-president and leader of the Republican Party Sargsyan to the post of prime minister. Amid protests, Sargsyan resigned on April 23, less than a week after being elected prime minister.

After the change of power in Armenia, criminal proceedings were instituted against a number of former leaders of the country, including ex-president Robert Kocharian, former parliamentary speaker Ara Babloyan, former chief of the General Staff Yuri Khachaturov, and former defense minister Seyran Ohanyan. Investigators also indicate the current head of the Constitutional Court, Hrayr Tovmasyan, as a possible defendant in the criminal case under the article “abuse of office”.