Putin, Merkel discuss US ‘deal of the century’, execution of Libya conference decisions 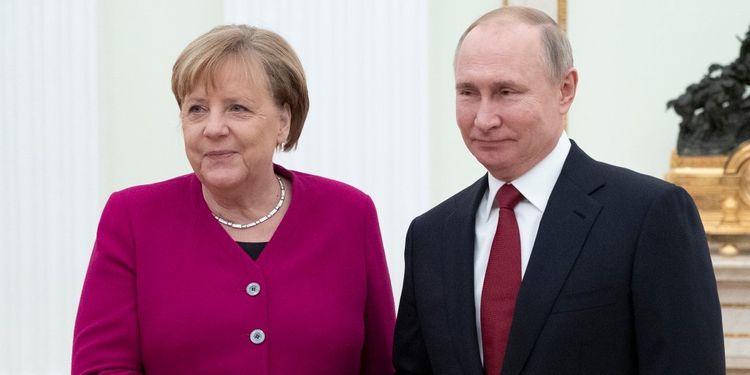 "Among other topics, they hashed over the developments in Ukraine and Syria, as well as the Middle East peace process issue. In this context, the leaders exchanged opinions regarding the US plan for the settlement of the Israeli-Palestinian conflict," the press service commented.

Other subjects included the implementation of the agreements reached at the conference on Libya held in Berlin on January 19, the Kremlin press service reported.

"[The parties] discussed the implementation of the agreements reached at the international conference on Libya in Berlin on January 19," the press service said.

"The Russian president pointed to the need to coordinate the decisions made [at the conference] with the Libyan parties, which is important for their subsequent consideration and approval by the UN Security Council." "The two sides highlighted the expediency of stepping up the international community’s efforts for the benefit of ensuring a stable ceasefire and launching a political dialogue."