Putin, Zelensky speak out in favor of developing Russia-Ukraine relations in 2020 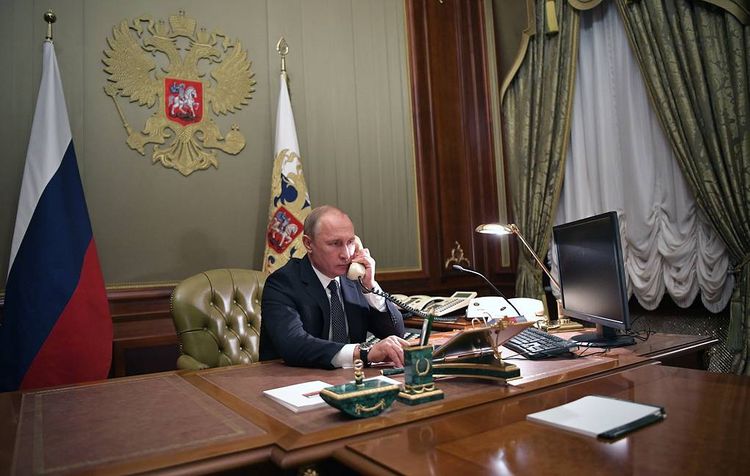 According to the Kremlin’s press service, Putin and Zelensky talked by telephone to exchange New Year greetings and speak out in favor of developing Russian-Ukrainian relations in 2020.

The Kremlin said that in the telephone conversation Putin and Zelensky "expressed positive assessment of the December 29 exchange of held persons between Kiev and Donbass on the basis of the ‘all-identified-for-all-identified’ principle."

"It was stated that this is in line with the agreements achieved at the Normandy Quartet’s summit in Paris on December 9 and promotes mutual trust. The need was stressed for going ahead with systematic implementation of the Minsk Package of Measures by the parties to the intra-Ukrainian conflict," the Kremlin said.

The two presidents have also discussed the agreements on Russian gas transit through Ukraine.

"[The sides] highlighted the importance of the package agreement reached shortly before, which provides for the continuation of uninterrupted Russian gas transit to Europe through Ukraine," the press service said.

On December 30, the parties signed a package of agreements for a five-year term after five days of continuous negotiations in Vienna. The documents will take effect and ensure the transit of Russian gas through Ukraine after December 31, 2019.