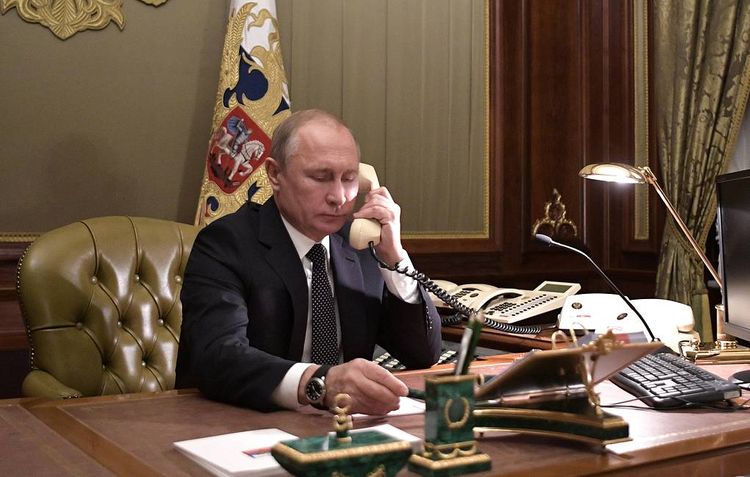 Russian President Vladimir Putin and French President Emmanuel Macron have held a telephone conversation in which they positively assessed the agreements reached at the Normandy Four summit in Paris, APA reports citing TASS.

"Vladimir Putin has expressed gratitude to Emmanuel Macron for good organization of the Normandy Four summit in Paris on December 9. The leaders positively assessed the reached agreements which are in line with the implementation of the Minsk Package of Measures," the Kremlin said.

Putin and Macron also touched upon the issue of the transit of Russian gas to EU countries via Ukraine.

Russian President Vladimir Putin also informed his French counterpart Emmanuel Macron about the implementation of the Russian-Turkish agreements on the situation in northeastern Syria and Idlib.