Putin says Russia will not stop gas transit through Ukraine 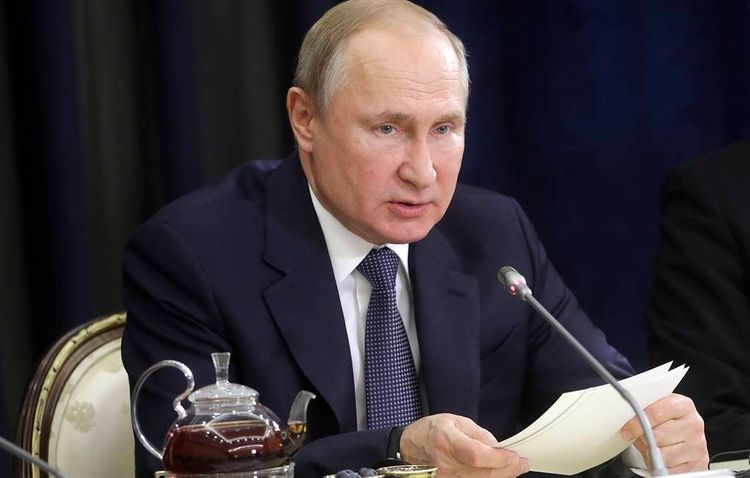 Commissioning of the Nord Stream 2 gas pipeline does not mean that Russia will abandon gas transit through Ukraine, President Vladimir Putin said on Friday at the meeting with the German business executives, APA reports citing TASS.

"The pipelay of the Nord Stream 2 gas pipeline is close to completion now; its commissioning will make possible to double potential Russian gas supplies over the Baltic route," Putin said. This will be an extra contribution to satisfaction of the demand in Germany and other countries," he said. "I would like to stress that this is a purely commercial project. The government is not actually participating in it. I reiterated many times to avoid any interpretations and would like to say once again - it does not mean at all that Russia intends to stop transit through the territory of Ukraine," the president said.

"As you are aware, we are holding talks with our Ukrainian partners now. They are underway in Vienna. As I see, bargaining positions are stated from both sides, fairly difficult for implementation, to put it straight," the president said. "However, I hope participants in these negotiations, business companies in the first instance, will find acceptable solutions for them," he noted.