Putin says working in online format was real challenge for him 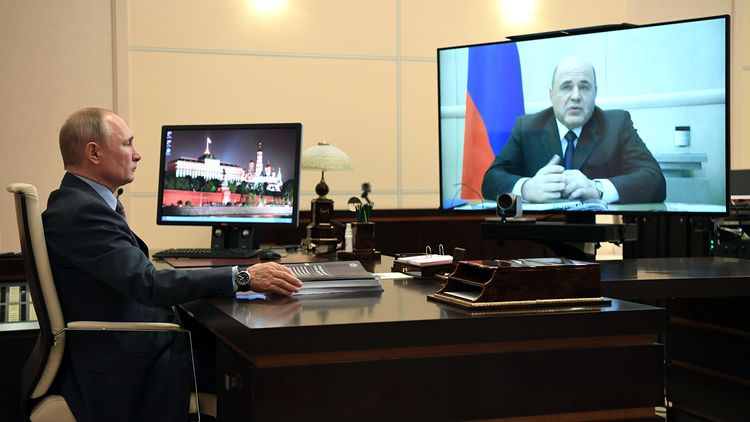 Russian President Vladimir Putin said on Sunday it was a real challenge for him to work in an online format as he prefers to talks to people face-to-face, APA reports citing TASS.

"Indeed, it was a challenge to a certain extent, because I like to communicate with people. It is a pleasure for me to have direct contact with people," he said in an interview with the Moscow. Kremlin. Putin program on the Rossiya-1 television channel.

He said he was fully aware that the situation was such that adjustments to the schedule were inevitable. "And one more thing: I introduced a rule that the president and the prime minister must never fly aboard the same plane, must not even be flying aboard different planes but at the same time. Because we bare special responsibility for the situation in the country," Putin said, adding that when Prime Minister Mikhail Mishustin said he had contracted the disease, it became clear that the president "simply must be very careful and adjust his schedule accordingly.".