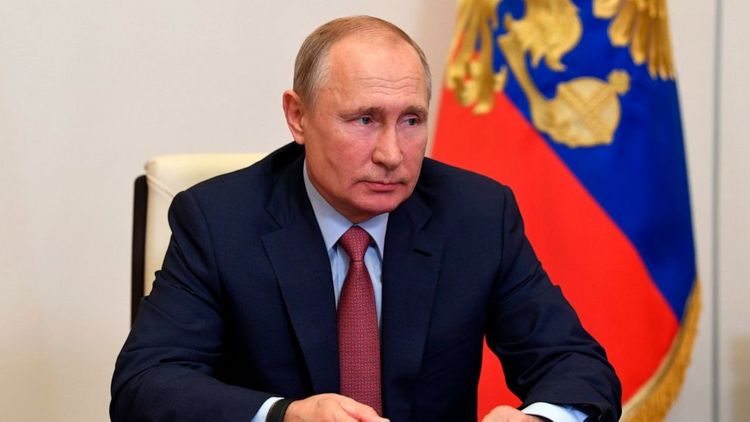 Russian President Vladimir Putin signed a bill regarding an experiment on remote online vote in elections of all levels in Moscow. The law, published at the official legal information website Saturday, extends the experiment, initiated in September 2019 and makes it possible to vote remotely in elections of all levels that will take place in the capital in 2020 and 2021, APA reports citing TASS.

To participate in the electronic vote, a voter will have to file an application. The application filing and the remote voting will be performed via special software of the state services website. Meanwhile, an option for traditional vote remains.

The law amends the definition of a remote vote as voting without a paper bulletin using the special software of the regional Moscow state services website. Besides, the document implies creation of a district electoral commission for remote votes - a collective body tasked with organizing, implementation and calculation of results. Filing an application for a remote vote does not prohibit a voter from taking part in the voting normally.

The remote electronic vote system was tested in Moscow four times already; no successful hacking happened during all four elections, all hacker attacks were successfully deflected. Over 11,000 people voted during the experiment. On Septmber 8, 2019, voter turnout was 92.3%.