Putin: "Russia’s dependency on oil, gas eases but cannot be shrugged off overnight" 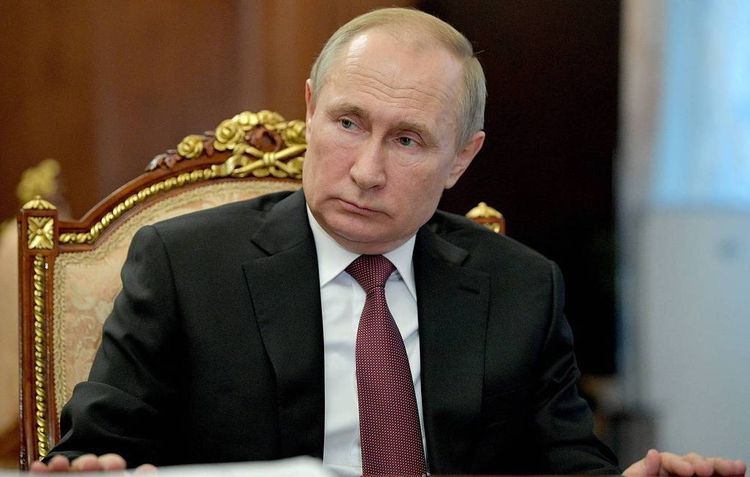 The Russian economy’s dependency on oil and gas revenues has been gradually easing, but this process "requires time, and it cannot be done at the drop of a hat.", APA reports citing TASS.

"We wanted to do that [end dependency on oil], and we are gradually weaning off it, by the way. We are really moving away from it, because the share of non-oil and non-gas revenues is growing. But this requires time, and it cannot be done at the drop of a hat," Putin told TASS in an interview for the project entitled "20 Questions with Vladimir Putin".

He confessed that he was alarmed about what he described as the stagnation of the public’s real incomes. Putin blamed it on a drastic fall in the prices of fossil fuels.

He is certain that "along with targeting inflation, the public’s disposable incomes need to be raised, it’s obvious." "And in the context of our economic structure that’s not that simple. But the government is certainly obliged to undertake additional efforts. This is precisely what we are discussing today," the president said.

"This explains why we launched these National Projects with the aim of changing the economy's structure and promoting self-sustaining development," Putin specified.

Asked by the interviewer, TASS journalist Andrei Vandenko, about senior officials’ personal responsibility for the public’s dwindling incomes and the rise in the poverty rate, Putin replied that current factors beyond the government’s control were involved.

"There are also external circumstances. What can be said about personal responsibility at a time when world oil prices have slumped?" he explained.