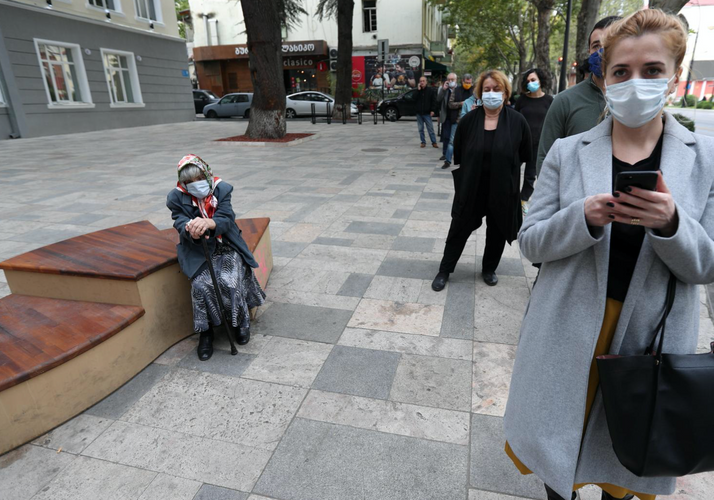 Georgia’s ruling Georgian Dream party leads in a parliamentary election in the former Soviet republic on Saturday, preliminary results showed, but the opposition rejected the results and said it planned to protest, APA reports quoting Reuters.

With almost 44% of the votes in, data from the Central Election Commission’s (CEC) gave the ruling Georgian Dream party 50.58% of the vote and the largest opposition party United National Movement (UNM) 24.92%.

According to preliminary results, several other opposition parties managed to clear the 1% threshold for membership in parliament.

The opposition said preliminary results did not correspond with reality.

“We won’t accept this result and call on people to come to Rustaveli avenue (in the capital Tbilisi) at 4 p.m.” (0200 GMT) on Sunday, Nika Melia, one of the UNM leaders, told reporters after consultations with other opposition leaders.

International observers planned to hold a news conference on an hour before the planned protest.

Police units were placed in the area around the election commission’s building.

The ruling party declared victory soon after polls closed across the South Caucasus country after four exit polls put it in first place in a tight race.