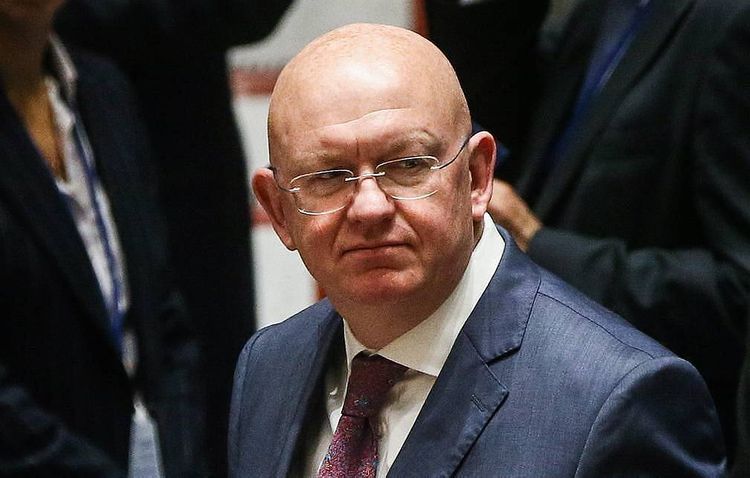 Russia and China blocked the statement of the UN Security Council condemning the attack against the US Embassy in Iraq because it did not take into account the subsequent US air strike near the Bagdad airport, which resulted in killing of Iranian general Qasem Soleimani, Russia's Permanent Representative to the UN Vasily Nebenzya said on Monday, APA reports citing TASS.

The US Permanent Mission to the UN said earlier that two permanent members of UNSC, Russia and China did not allow the statement to proceed.

"I would like to inform you, first of all, as a principle, we condemn strongly any attacks on any embassies, in any states, and we strongly condemn the attack on the American embassy in Baghdad," Nebenzya said. The statement of UNSC was practically ready when the US air strike on January 3 followed and it was impossible not to take it into account, the Russian diplomat said, explaining the reasons why the statement was not adopted.

The UN Security Council has not yet discussed escalation of the conflict between Iran and the US and will hardly be able to work out a common statement regarding the killing of Qasem Soleimani, Nebenzya noted.

"We were not discussing that yet, especially today, and you perfectly well understand that the prospects of such statement are zero," he added.