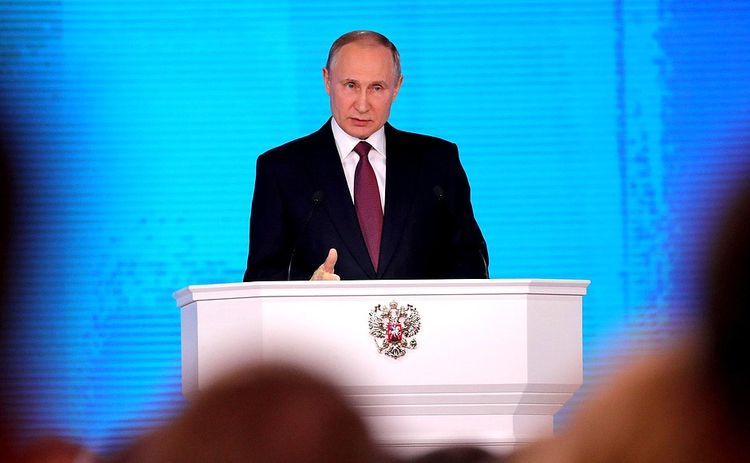 Measures to enhance the role of parliament in Russia will not contradict the idea that Russia should remain a presidential republic, President Vladimir Putin said at a meeting with members of the working group commissioned to draft proposals for amendments to the Constitution, APA reports citing TASS.

He recalled that the amendments to the fundamental law he initiated in his Address to the Federal Assembly would enhance the responsibility of the parliament and government.

"I am certain that many of those present will agree, and so will an overwhelming majority of Russian citizens, that Russia at the same time will remain a presidential republic, that the president should retain major powers, such as the right to dismiss lawbreakers, those who display negligence in performing their duties and in connection with the loss of trust," Putin said.

He claimed that otherwise the country would drift towards a parliamentary republic, "which today would be a major test for Russia with an unclear outcome."