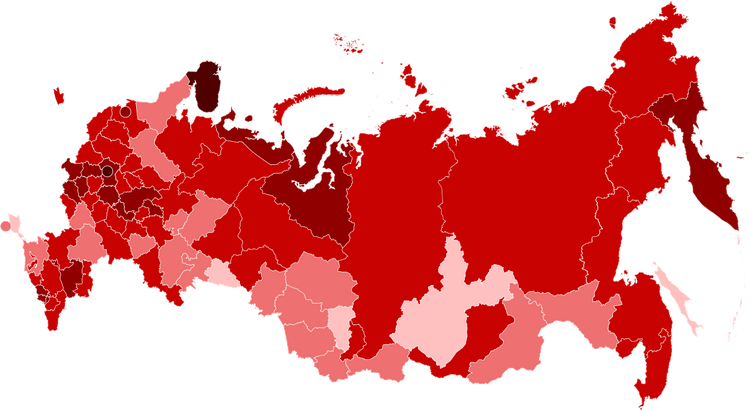 Russia became the fifth country with the highest coronavirus cases in the world with 10,559 new and 165,929 total cases on Wednesday, APA reports citing Anadolu.

The number of fatalities rose by 86 over the last 24 hours, while 1,537 people died from the pandemic so far, the emergency team said in a daily report.

Recoveries reached 21,327, among them 1,462 patients were discharged from hospitals since Tuesday.

More than 4.6 million tests, including 1 million in the capital Moscow, the worst-hit area, have been carried out in the country to detect the infection at an early stage.

To mitigate the virus's spread, Russia closed its borders to foreigners and stateless people, and suspended international air and railway traffic.

In several cities on lockdown, including Moscow and Russia’s second-largest city Saint Petersburg, people can move only with a special digital pass issued by authorities.

According to Russian Health Minister Mikhail Murashko, restrictive measures will continue until there is a vaccine for the virus, something expected this fall at the earliest.

After originating in China last December, COVID-19 has spread to at least 187 countries and regions. Europe and the US are currently the worst-hit regions.

The pandemic has killed over 257,300 worldwide, with total infections over 3.66 million, while recoveries surpassed 1.20 million, according to figures compiled by the US’ Johns Hopkins University.