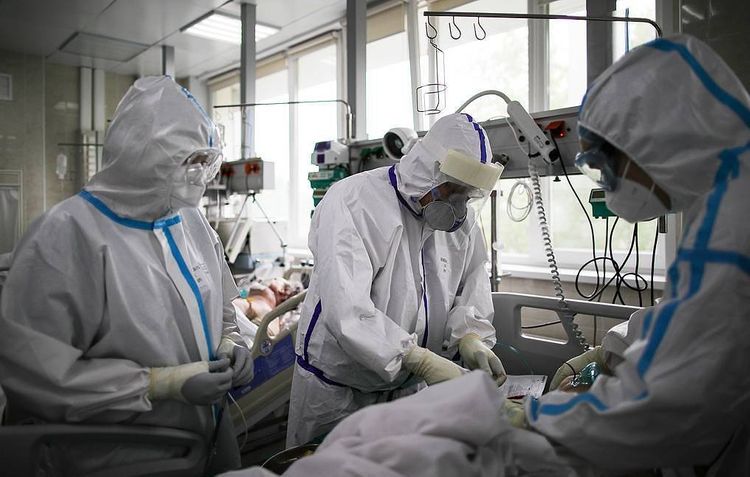 That was the lowest number of deaths since May 4.

Fifteen patients died in Moscow in the past 24 hours, the Nizhny Novgorod and Tula regions reported four fatalities each, while the Novosibirsk, Murmansk, Moscow and Khanty-Mansi regions confirmed three deaths each.

Russia has documented 5,940 cases of COVID-19 in the past 24 hours, the anti-coronavirus crisis center informed on Monday. This is the first time the number of daily cases has been lower than 6,000 since April 29.

The total number of COVID-19 cases documented in Russia has reached 777,486. The daily growth rate has not surpassed 0.8% for the past three days.

Moscow has documented 578 cases of COVID-19 in the past 24 hours, the Khanty-Mansi Autonomous District - 236, the Sverdlovsk Region - 234, the Nizhny Novgorod Region and the Altai Region - 191 each.

Currently, there are 211,457 people diagnosed with COVID-19 receiving treatment in Russia.

The number of discharged COVID-19 patients reached 3,258, a total of 553,602 people have been discharged from hospitals by now.

According to the crisis center, recoveries exceed 71% of the total number of infected individuals. As many as 379 patients were discharged from hospitals in Moscow in the past 24 hours, 306 in the Sverdlovsk Region, 218 in the Moscow Region, 170 in the Khanty-Mansi region and 158 in the Krasnoyarsk Region.