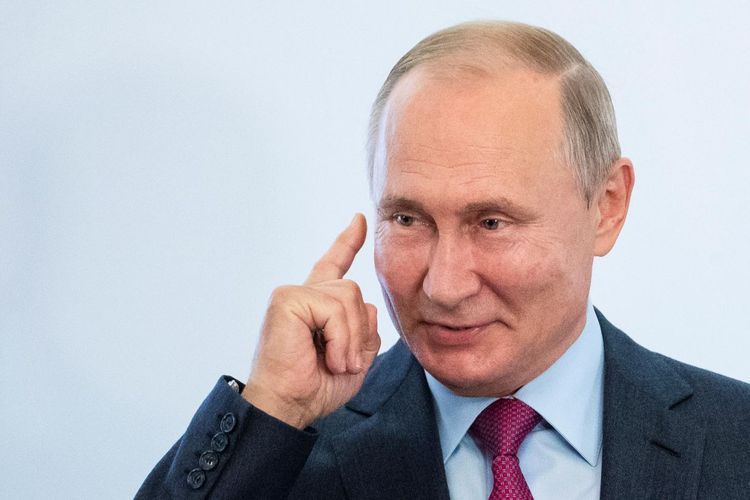 Speaking at a meeting with senior Defense Ministry officials in Moscow, Putin said that Russia is strengthening its armed forces to guarantee the country’s peace and security in the face of growing risks and the collapse of the arms control system.

Calling security “fundamentally, extremely important, given the international situation and the risks that exist,” he added: “The tension in the Middle East, Afghanistan, and the Korean Peninsula has not subsided. NATO's military infrastructure is expanding near our borders.”

He said: "The degradation of the arms control system is a matter of serious concern. And I am referring not only to the scrapping by the U.S. of the Intermediate-Range Nuclear Forces Treaty under an absolutely far-fetched pretext, an absolutely groundless pretext.

“From November of this year, Washington has created uncertainty in relation to its further participation in the Treaty on Open Skies. The prospects for extending the Strategic Arms Reduction Treaty [START] remain unclear."

Putin said that the Russian army continues to play "a key role in achieving peace in Syria."

He added: "The Russian Aerospace Forces, ships and submarines of the navy, located at [Syria’s] Khmeimim airbase and at the naval base in the port of Tartus, are the guarantors for maintaining peace and stability in the country."

In 2015 Russia and Syria signed a treaty defining the terms of use by Russia of Syria's Khmeimim airport. In 2017 Russia said it had decided to turn the Khmeimim base into a component of its permanent military contingent stationed in Syria.

In 2017 Russia and Syria signed an agreement under which Russia would be allowed to expand and use the naval facility at Tartus for 49 years on a free-of-charge basis and enjoy sovereign jurisdiction over the base.