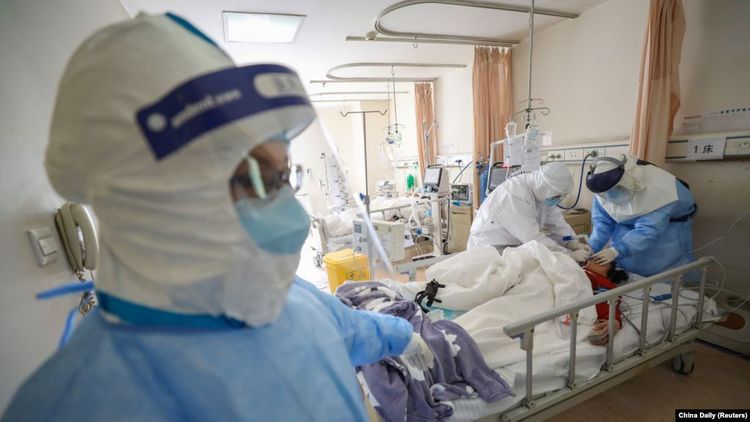 Russia says it will temporarily block Chinese citizens from entering its territory as authorities look to stem the spread of the deadly coronavirus outbreak, APA reports.A February 18 statement from the office of Tatiana Golikova, Russia’s vice prime minister in charge of health, said the ban would begin on February 20."The entry of all Chinese citizens via Russia's state frontiers will be suspended...for work travel, private travel, study, and tourism," the statement said, adding that the ban would not apply to transit passengers.The statement did not say how long the measure was expected to be in place.The coronavirus, known as COVID-19, has been mainly contained to mainland China, although cases have been detected in at least 30 other countries.On February 18, China reported its lowest number of new infections since January and its lowest daily death toll for a week, but the World Health Organization (WHO) said it was too early to say whether the outbreak had peaked.The disease, which broke out in the central Chinese city of Wuhan, has killed at least 1,868 people and infected 72,436 others in mainland China.There have been more than 500 cases in other countries and territories. Four people have died outside China -- one each in France, Hong Kong, the Philippines, and Japan.A Russian woman aboard a quarantined cruise ship off the coast of Japan was found to have contracted the disease.Two previous cases found in Russia -- one in the Siberian city of Chita and one the Tyumen region -- both involved Chinese nationals. They have both recovered and have been discharged from hospital.The Russian government previously announced the closure of the country’s 4,200-kilometer border with China, one of the longest in the world.It has also halted most of Russian air traffic to China and suspended all trains connecting the two countries.Dozens of Russian citizens have been evacuated from China and placed under quarantine in the Tyumen region.China has placed cities with millions of residents in a virtual lockdown, while countries throughout the world have imposed restrictions on people who have recently visited China.The United States has said it will not allow entry to Chinese nationals and other foreigners who have recently traveled to China, a move that angered Chinese officials who cited WHO comments against overreacting to the crisis.