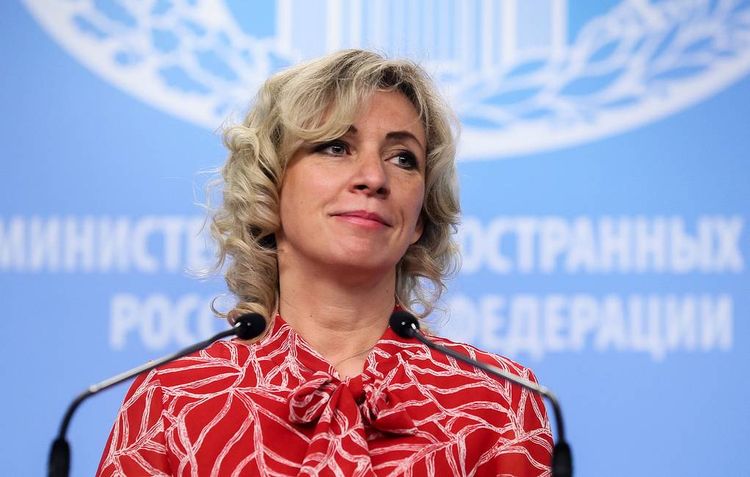 Russia is thankful to the United States for readiness to give a helping hand in cleaning up the fuel spill in Norilsk, Russian Foreign Ministry Spokeswoman Maria Zakharova said on the Solovyev Live YouTube channel on Saturday, APA reports citing Russian Media.

"We are certainly thankful to the US side," she said.

"It is another goodwill gesture that proves that we can work for the good and can demonstrate this cooperation," the diplomat said commenting on the statement by US Secretary of State Mike Pompeo.

Earlier in the day, Pompeo wrote on Twitter that the US stands ready to help Russia in cleaning up the diesel oil leak in Norilsk and to offer technical expertise.

"We can also point out that the company [Norilsk Nickel] and state bodies have figured out the technology and set the time limit to solve the issue. So we will thank Mr. Pompeo," the Russian Foreign Ministry spokeswoman said. "I believe it is a very constructive discussion. There was an attempt at least. I feel that such things should be highlighted and thank you should be said. Therefore, it will be done so."

The US Department of State and White House have not yet replied about the form of US assistance to TASS request.

Over 21,000 cubic meters of petroleum products spilled at the Thermal Power Plant No. 3 of the Norilsk and Taimyr Energy Company (part of the metals giant Norilsk Nickel) on May 29 after the concrete foundation of a fuel storage tank sank, causing the fuel facility’s collapse. The fuel spilled into the ground on an area of 180,000 square meters and also in local rivers, contaminating the territory and causing damage to the environment. Russian President Vladimir Putin approved a decision to declare a federal emergency in Norilsk.