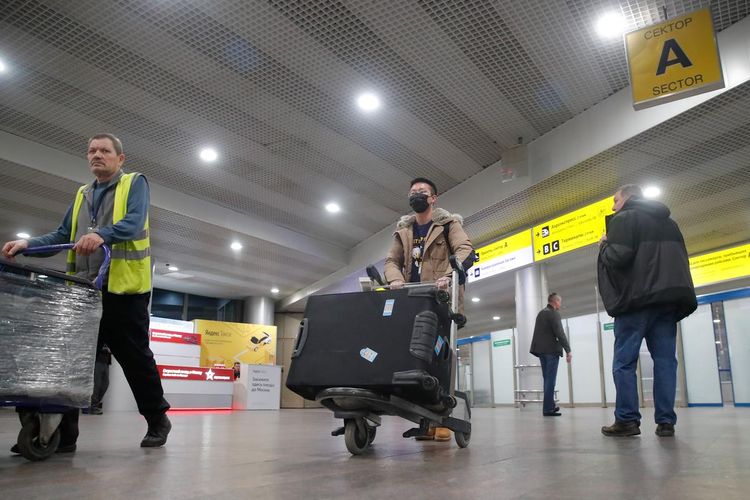 The move came a day after Russia said it would suspend flights to and from South Korea, except those operated by Aeroflot and Aurora, and that it would stop issuing visas for regular and transit travel for Iranian citizens.

Three Russian nationals are receiving treatment in Russia after they contracted coronavirus on a cruise ship in Japan and were subsequently repatriated, authorities have said.

Before that, two Chinese nationals were hospitalized in Russia with the virus, but they have since recovered and have been discharged.