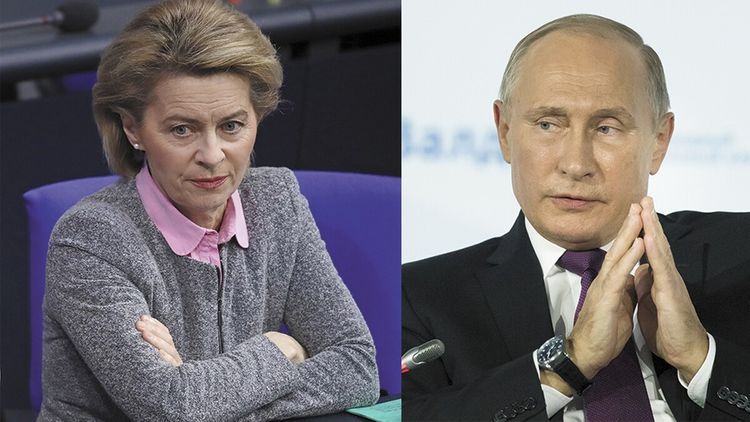 He did not give the details of the conversation, noting that Putin had one more phone call on Tuesday.

"Yes, one of the conversations was with her [European Commission chief]," Peskov confirmed.