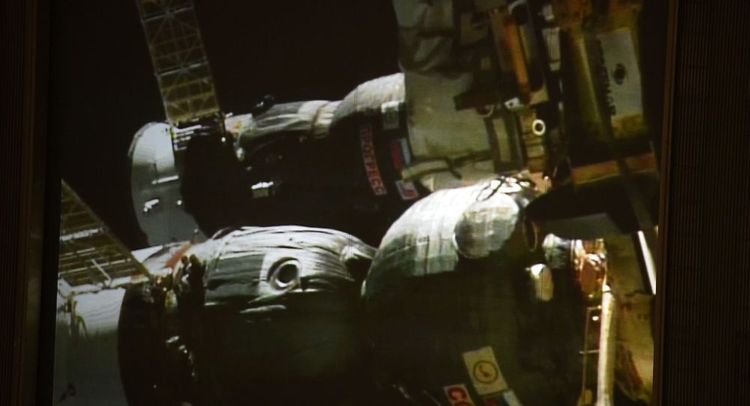 Russia's Progress MS-12 cargo spacecraft, which undocked from the International Space Station (ISS) earlier on Friday, burned up as scheduled during reentry into the Earth's atmosphere, with its debris landing in the Pacific Ocean, a representative of the main research arm of the Russian State Space Corporation Roscosmos said, APA reports citing Sputnik.

"The elements of the Progress MS-12 spacecraft that did not burn fell in a non-navigable area of the South Pacific", the representative of the Central Research Institute for Machine Building said.

The spacecraft was launched on 31 July from the Baikonur cosmodrome and reached the orbital outpost in a record three hours and 18 minutes. It delivered 1.2 tonnes of dry loads, more than a tonne of fuel, 420 kilograms (926 pounds) of water and 50 kilograms of compressed gas, as well as food supplies for crew members.

The institute is Roscosmos' leading enterprise for the research, design and manufacturing in rocket and science technology and has been engaged in the development of practically all vehicles, launch vehicles, manned and unmanned spacecraft.

Previously, Roscosmos said that the date of the launch of Progress MS-13 cargo spacecraft remains uncertain due to Technical problems.