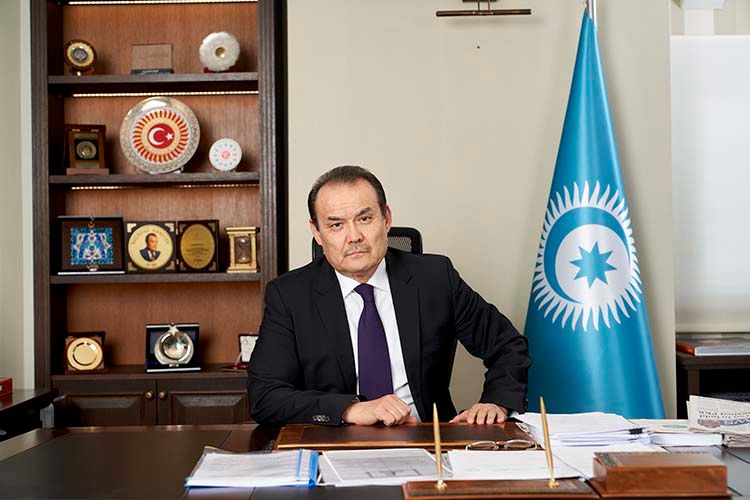 Secretary General of the Turkic Council has issued a statement on the situation on the Kyrgyz-Tajik state border, APA reports citing Turkic Council.

"We have learned yesterday with deep concern the escalation of the situation on the Kyrgyz-Tajik state border, which led to the demise of people from both sides. We wish Allah’s mercy be upon them.

While extending our condolences to the families of the victims and wishing prompt recovery for the wounded ones, we express our contentment for the negotiations of the Ministries of Foreign Affairs of the parties and for the swift introduction of cease-fire between the sides which opened up the course of de-escalation.

In the period of holy month of Ramadan, we need to do our utmost to further unite and put aside our differences. Hence, we firmly believe that existing problems need to be resolved only through diplomatic negotiations and amicable consultations which will fit in the spirit of good-neighborly relations between the two countries.

In this respect, the Turkic Council calls on the parties to continue exercising caution and take joint measures to stabilize the situation by refraining from any actions that may lead to further escalation of tension; and especially notes the contribution of the Kyrgyz side to the re-establishment of peace.

The Turkic Council will continue holding a close contact with the brotherly Kyrgyzstan, the founding member of the Turkic Council, on the subject-matter," the statement reads.