Secretary General: "There is no immediate threat of a military conflict between CSTO and NATO" 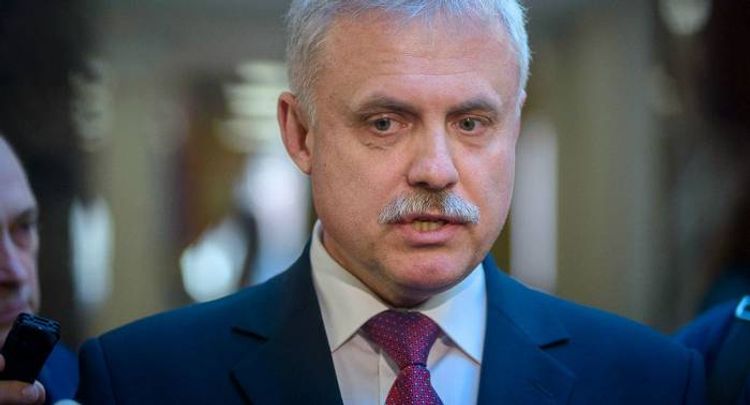 The prospective expansion of the Collective Security Treaty Organization (CSTO) should be carefully reviewed, as it is not an immediate matter, CSTO Secretary General Stanislav Zas said on Friday, APA's Moscow correspondent reports.

"The expansion of the military-political bloc itself must be approached very carefully, prudently, and in a balanced manner. I think this is also a prospect. But the issue is not immediate. The bloc can and should be expanded through the institute of partners and observers, which is now on the agenda," Zas said.

The Secretary General noted that Article 19 of the CSTO Charter stipulates that any country sharing the CSTO's goals and principles could become a bloc member.

Zas went on to say that "now, the CSTO was a fully established international organization."

"The CSTO has taken its place in the system of international organizations, structures and unions that are involved in security issues. We work closely with UN agencies, primarily in the fight against terrorism, the fight against drug trafficking, and peacekeeping goals.

We work well with the [Organization for Security and Co-operation in Europe] OSCE. We have partnerships with the [Commonwealth of Independent States] CIS, [Shanghai Cooperation Organisation] and the SCO, good relations with the International Red Cross, that is, the CSTO has integrated itself into the international security system, and we have taken up our 'niche,'" the official said.

As for the relationship with NATO, there was no immediate threat of a military conflict between the two blocs, despite deploying different approaches to solving major international problems, Zas noted.

"There is no immediate threat of a military conflict with NATO. Even if there are disagreements, there are no differences in approaches to solving major international problems and challenges, there are no grounds for such a conflict," he said.

At the same time, according to Zas, the CSTO has an understanding of the complexity of the emerging military-political situation, both on the European continent and in the world as a whole.