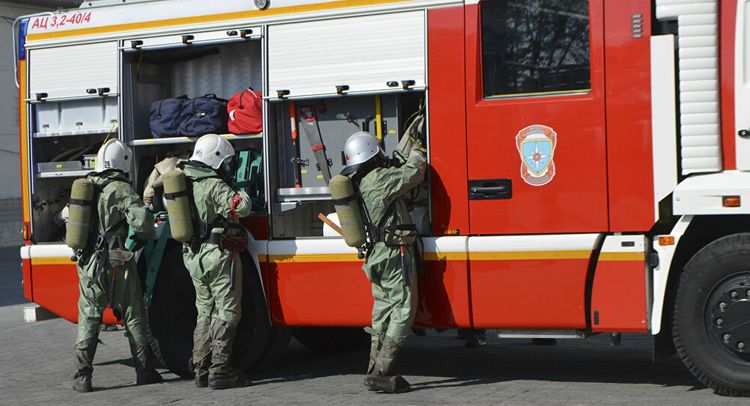 Firefighters found six bodies while extinguishing a fire in the village of Timirovo in Bashkortostan in the Volga area, the press office of Russia’s Emergencies Ministry said, APA reports citing TASS.

"At 04:09 local time, a report came about a fire in a separate house in the community of Timirovo in the Republic of Bashkortostan. During the fire-fighting effort, six dead persons were found. Their identities are being established. One man born in 1988 was injured. He received medical assistance," the ministry said.

Faulty electric wiring could have been the cause of the fire, a source in emergency services told TASS.

"Faulty electric wiring is considered as a preliminary version. Other versions are also being considered. It is not ruled out that firefighters were summoned late and that is why people could not be rescued," the source said.