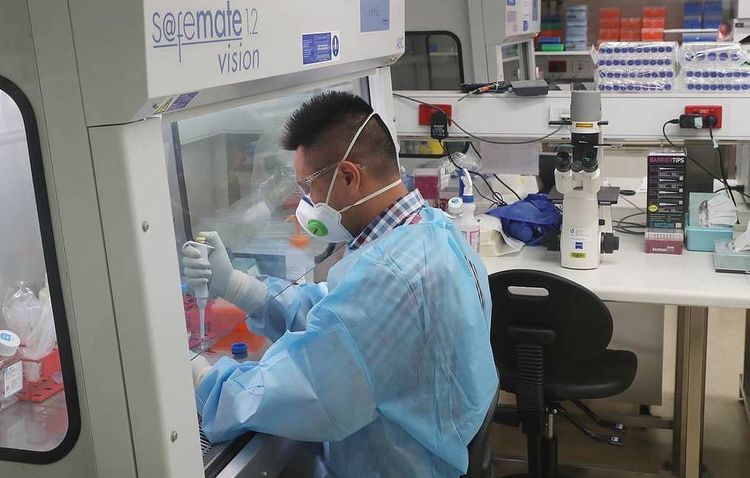 The director of the clinical research center of precision regenerative medicine at the Kazan Federal University, Albert Rizvanov, who together with a team of researchers has been working on a vaccine against the novel coronavirus, believes that an effective solution may be identified faster if more research teams join the effort, but anyway testing proposed vaccines will take no less than six months, APA reports citing TASS.

Rizvanov pointed to the importance of proving the effectiveness and safety of a yet-to-be created vaccine, adding that research into an agent against the HIV had been underway for more than two decades now, but none of the vaccines turned out effective enough.

"Quite often producing a vaccine is tantamount to a tiny one-tenth of the whole job, because the most intricate part of the task is to prove that the vaccine is effective and safe," he told TASS on Thursday.

"The same applies to the coronavirus situation — the more groups join research into the vaccine, the better. Possibly, some will succeed. Many countries and laboratories around the world are working on the problem. Several clinical tests are in progress (no less than five at different stages). The way I see it, the tests [of vaccines being developed around the world] may last six to twelve months," he stated.

The Kazan researcher’s idea is to try to create a vaccine without using a live virus or its purified proteins. This will become possible by using genetic engineering methods and therapy that is also applied in the treatment of hereditary diseases and cancer.

"The gist of the proposed method is to deliver into a living organism the genes of the pathogen, thus evoking an immune response. One of the advantages of this method is that it does not need a live virus or infected material. We can take the decoded genome that has been published and on the basis of this information promptly produce a genetic vaccine like computer software, synthesize it and test on animals. A prototype of the vaccine against the coronavirus will be available no earlier than in six months from now, if we stick to the original schedule," Rizvanov commented.

Once a prototype of the vaccine has been finalized, the researchers will proceed with tests involving a living virus.