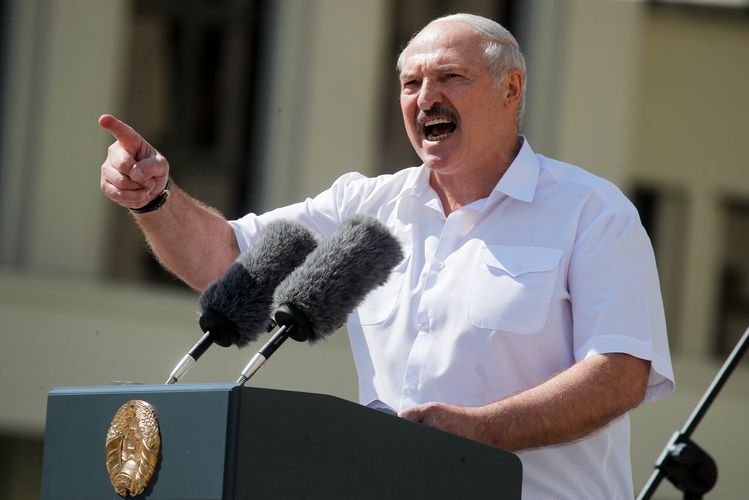 Belarusian President Alexander Lukashenko thinks that those unwilling to follow the principles of state ideology should not teach at Belarusian schools. He stated this on Monday during his meeting with Education Minister Igor Karpenko, APA reports citing BelTA.

The president emphasized that the republic has "state education, state schools, state ideology." "And those who want to follow these principles, please, you are always welcome, go ahead and teach, educate, work. Those who do not want to - this means they shouldn’t be in schools. This needs to be said directly, frankly, and honestly," Lukashenko stated, according to the BelTA news agency. He added that it is necessary to deal with those who "switched sides."

The Belarusian president also demanded to intercept firmly all attacks on teachers. "Defend the teachers from various attacks. We have already started doing so, and we are doing this very actively and we very firmly intercept all sorts of bashing, faultfinding directed at teachers, doctors," the head of state said.

According to him, the country should "start the school year very actively, whatever it takes." "One needs to study during all times. If the beginning of the school year is also in disarray, that’s very bad. You remember how we finished the school year due to the coronavirus and those apprehensions that the society had, especially parents. Excessive apprehensions, as we now understand," he noted.