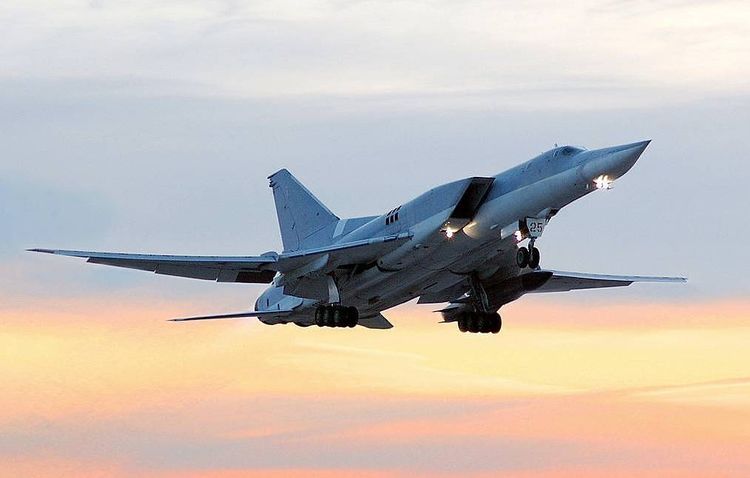 A Tupolev Tu-22M3 strategic bomber of Russia’s Aerospace Force landed with a failed engine on the ground while the pilots were unhurt in the incident, the Defense Ministry of Russia reported on Tuesday, APA reports citing TASS.

"During a scheduled flight by the Tu-22 aircraft, its engine failed. Thanks to its skillful actions, the crew managed to steer the plane away from a populated area and land it on the ground," the ministry said.

According to the ministry, "the pilots were unhurt and got out of the aircraft on their own. By now, they have been taken to their home base.

The bomber performed its flight without an ammunition load and caused no damage on the ground, the ministry noted.

The Tu-22M3 two-engine supersonic bomber with a crew of four is designated to strike targets in the strategic depth of enemy territory. The bomber can develop a maximum speed of 2,300 km/h and has an operating range of 7,000 km.

Russia’s Aerospace Force currently operates only Tu-22 bombers in their M3 modification. The last time, a Tu-22M3 bomber crashed on January 22, 2019 when it was approaching for landing at the airfield of the long-range aviation regiment in Olenegorsk (the Murmansk Region). As Russia’s Defense Ministry reported, three crewmembers died in the crash while one pilot was injured.