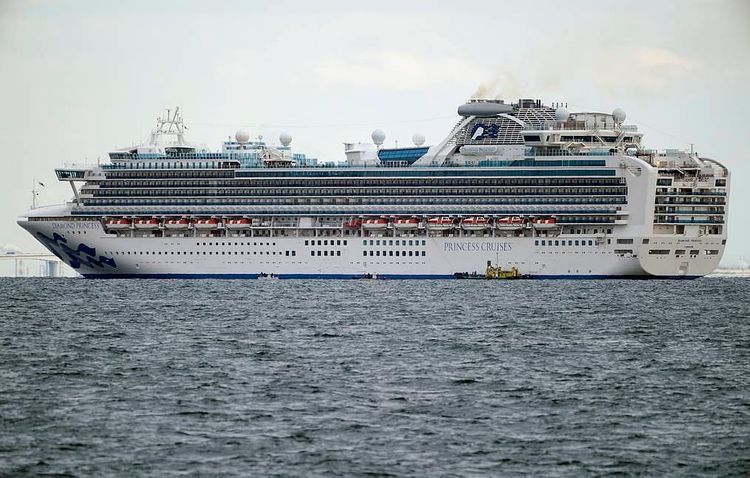 "According to the Japanese authorities, two Russian citizens are on board the cruise ship near Yokohama. The embassy is taking measures to clarify the situation with our citizens and is ready to provide them assistance," the embassy said.

According to Japan's Ministry of Health, Labor and Welfare, there are citizens of over 50 countries aboard the cruise ship.

The cruise ship left Yokohama on January 20 and returned on February 3. On the way, the ship stopped at ports on the Japanese islands of Okinawa and Kyushu, as well as in Hong Kong and Vietnam. The 80-year-old man who was initially infected with the coronavirus remained on the ship on January 20-25, and he left the ship in Hong Kong. He was hospitalized as well, and his condition is stable.

The Japanese authorities said that the cruise ship should remain anchored near Yokohama. Doctors performed medical exams on the passengers and confirmed 10 cases of the new coronavrus. The patients were hospitalized in Kanagawa prefecture, and their condition is stable.

So far, 23 cases of the new coronavirus were confirmed in Japan.