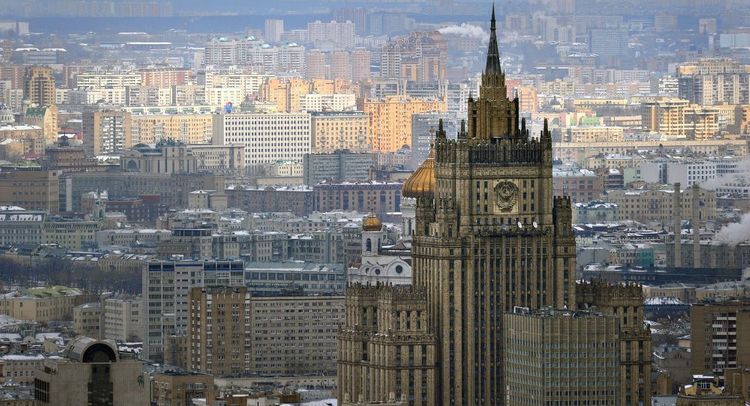 Russia has declared two employees of the German Embassy personae non grata, following a similar move by the country, and they should leave Russia within seven days, the Foreign Ministry said on Thursday, APA reports citing Sputnik.

"Being led by the principle of reciprocity and Article 9 of the 1961 Vienna Convention on Diplomatic Relations, the Russian side has decided to declare two employees of the German Embassy in Russia personae non grata. They should leave the territory of our country within seven days. The German ambassador has received a relevant note," the Russian Foreign Ministry said in a statement.

German Ambassador to Russia Geza Andreas von Geyr was summoned to the Foreign Ministry earlier in the day. Russia expressed protest to him over the German government's decision, made in early December, to declare two employees of the Russian Embassy personae non grata over their alleged involvement in the murder of a German national in Berlin in August.