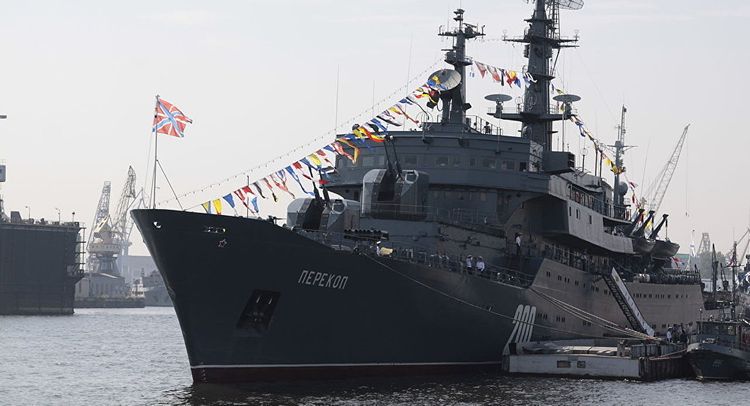 The Smolny-class training ship, dubbed the Perekop, is attached to the Russian Baltic Fleet, according to the Sky News broadcaster.

In August, a Royal Navy patrol ship monitored Russian ship Vasily Bykov through UK waters in a similar incident. In October, the HMS Mersey vessel of the UK Royal Navy escorted a group of three ships of Russia's Baltic Fleet as they headed along the UK coast to the English Channel.

The group of Russian vessels left Baltiysk town and headed for the Indian Ocean on 1 October as part of a long journey. During the campaign, the warships for the first time took part in the Russian-Indian war games Indra-2019, which was held from 10-19 December in the Indian Ocean.