US did not issue visas to delegates from Russian Federal Treasury, says Russian Embassy 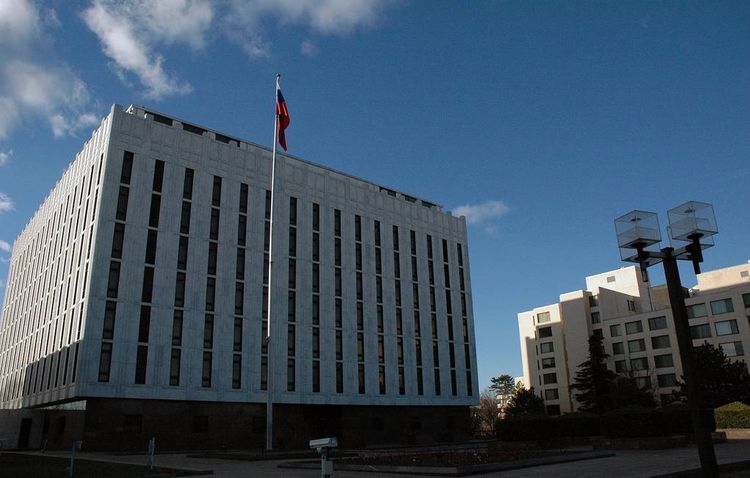 The United States have not issued visas for delegates from the Russian Federal Treasury who planned to take part in the international conference on auditing on December 3, the press service of the Russian Embassy in Washington said on Tuesday, APA reports citing TASS.

"Just recently, the delegation of the Federal Treasury has not received visas as it was scheduled to arrive in Washington on December 3 to take part in the conference of the International Institute on Audit Regulation. The US Department of State also prevented head of the Russian Foreign Ministry's department on working with compatriots abroad Oleg Malginov from attentding the Youth Forum in New York on November 28-29," the press service said.

"Excuses distributed by the US Embassy in Moscow about 'lack of consular officers' in an attempt to justify the long processes of receiving US visas for Russian citizens, are also untrue," the press service added.

"The US Embassy in Moscow still has a statement on its website that shifts blame for starting a 'visa war' to Russia," the press service continued. "There are no grounds for such false accusations. Americans have once again turned everything upside down," the press service noted adding that the US authorities "have consistently prevented Russian officials from entering the US and undermined important negotiations formats.

"We still have not recieved responses to our requests about non-issuance of visas to delegates that accompanied Russian Foreign Minister Sergey Lavrov to the UN General Assembly session in September," the press service said. "In violation of their own obligations, the US created obstacles for participation of the Russian side in the sessions of the UN GA's First and Third Committees," the embassy noted.

"Such actions of the US authorities lead to further degradation of already tense relations between the two countries and run counter to the statements made by the US Administration about the importance of normalizing them," the press service said. "We expect the US side to give up this faulty visa practice. Deleting the 'information' on the website of the US Embassy in Moscow that confuses Russian citizens would be a good signal," the press service added.

"We suggest that American colleagues stop adding firewood to the fire of hostility. It is important to let the potential for cooperation between our peoples and countries to develop," the press service stressed.