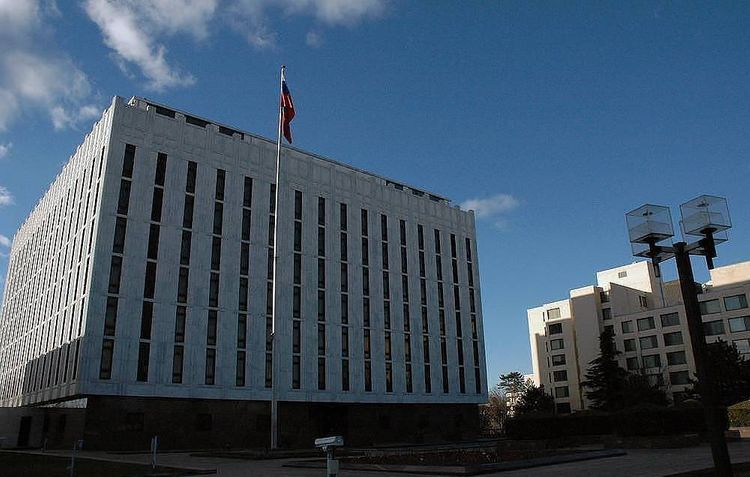 The US sanctions will not make Russia change its policies, but will erode the basis for bilateral cooperation, Russia’s embassy in Washington said in a statement on Wednesday, APA reports citing TASS.

"We would like to remind our colleagues that restrictions will not change Russia's policy. And their authors inflict damage only to their own interests undermining the basis for mutually beneficial cooperation with our country," the embassy said.

"Washington still believes it can by means of restrictive measures undermine the positive changes occurring in Crimea after the reunification with Russia," it said. "They can’t reconcile with the success of the Russian authorities with the comprehensive development of the region, particularly with the implementation of a large-scale infrastructure project to launch a direct motorway and railroad to the peninsula."

Russian diplomats said that the US administration was attempting "to misrepresent the strengthening of local government and transparent political processes" in Crimea.

Note that the US Department of the Treasury’s Office of Foreign Assets Control (OFAC) on Wednesday added eight individuals and one company to its blacklist of sanctions over Crimea’s reunification with Russia.