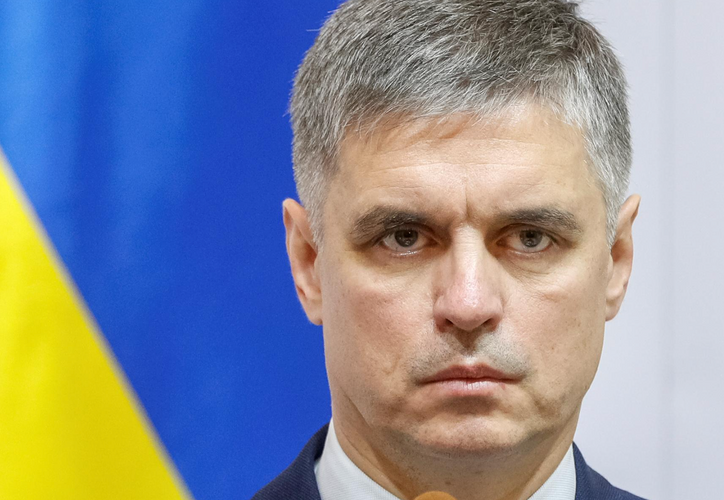 Ukraine’s foreign minister said on Monday he saw no preparations taking place for a promised summit over the armed conflict in eastern Ukraine, adding that he had little hope it would make any progress even if it goes ahead, APA rpeorts quoting Reuters.

The leaders of Russia, Ukraine, France and Germany met in Paris in December to discuss the long-running Ukraine crisis and agreed to get together again within four months to keep the dialogue open.

“I am confident that when leaders say they will meet in April then they will ... what I don’t see though is the preparation,” Foreign Minister Vadym Prystaiko told reporters during a visit to Italy.

“Before the December meeting ... (preparations) started half a year beforehand. Now we have two months to go and I have not seen anything prepared. Maybe it will be a much faster process than last time and maybe we will make much more progress. I am sorry, but I doubt it.”

The conflict in eastern Ukraine that broke out in 2014 has killed more than 13,000 people, left a large swathe of Ukraine de facto controlled by Moscow-backed separatists and aggravated the deepest east-west rift since the Cold War.

The December summit did not produce the sort of breakthrough some had hoped for, such as an agreement on expanding a ceasefire zone, but it did lead to a prisoner exchange deal.

Prystaiko welcomed the subsequent large-scale prisoner swap that took place at the end of last year, but noted that more people had died in continued fighting in January 2020 than in the same month a year earlier.

“We haven’t managed to achieve a ceasefire ... But even if we have just an exchange of prisoners, that is a good step for Ukrainians,” he said.