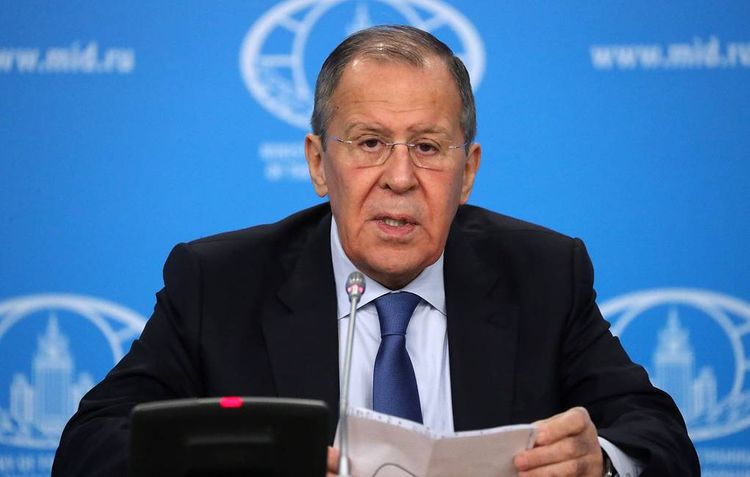 All of Russia’s partners, including those who have imposed anti-Russian sanctions, admit that global problems are hard or even impossible to resolve without Russia and all stand for dialogue with Moscow, Russian Foreign Minister Sergey Lavrov said in an interview with the Rossiiskaya Gazeta daily, APA reports citing TASS.

When asked whether it is right to say that there is the so-called Lavrov school in the present-day diplomacy, the Russian top diplomat said he would refrain from personifying diplomacy of today. He stressed that Russia’s foreign policy is determined by the president. "Indeed, the goals and the modality of our foreign policy are determined by the course set by the head of state. This course that is committed to paper in all editions of Russia’s foreign policy concept since 2000 has made it possible to us to develop principally new qualities on the international arena, to restore our status as a great power," Lavrov stressed.

"I would call things by their true names, the status of a key player on key global problems, the status of a country without which global problems are difficult, if not impossible, to resolve. And it is recognized by all out partners, including the Western nations which keep on saying that the tough course towards Moscow should be continued," he said.

He said that Russia’s present-day foreign policy continued the traditions set by outstanding diplomats Alexander Gorchakov, Andrei Gromyko, Yevgeny Primakov. "The most important achievement of present-day diplomats is that, tasked by the president, we continue to work not to let break down this tradition, to strengthen it in all possible ways," he added.