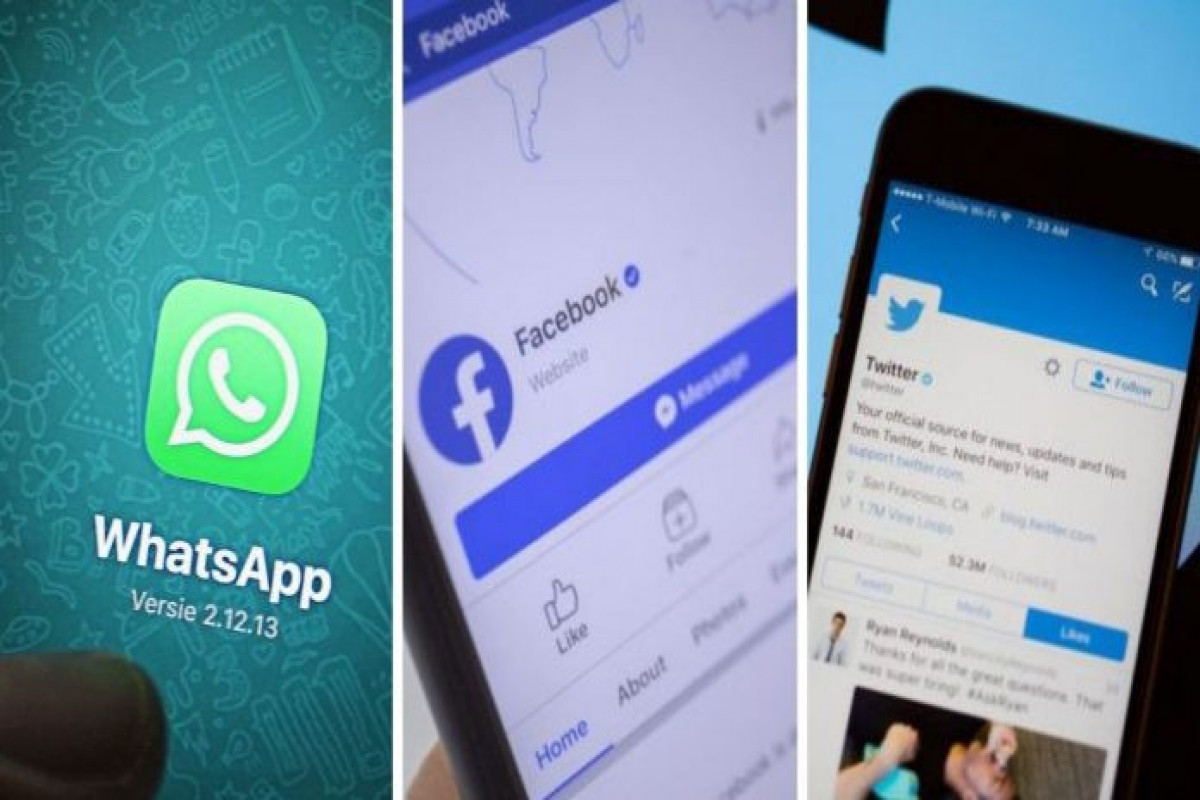 Facebook, WhatsApp and Twitter have not confirmed the localization of the data of their Russian users on the country's territory, press service of the Federal Service for Supervision of Communications, Information Technology and Mass Media reported on Thursday, adding that administrative protocols against them will be drawn up, APA reports citing TASS.

"Roskomnadzor has summoned representatives of US internet services Facebook, WhatsApp and Twitter to drawing up administrative protocols for breaching the Russian personal data legislation regarding localization of databases of Russian users on Russian territory," the regulator’s press service said.

One protocol will be drawn up against WhatsApp, which is facing a fine of up to 6 mln rubles ($82,000). Protocols for repeated violation of the requirement on database localization will be drawn up against Facebook and Twitter, with fines ranging from 6 to 18 mln rubles ($245,000). Facebook, WhatsApp and Twitter have not confirmed localization of databases of Russian users on the country's territory, the watchdog stressed.

Earlier, the regulator requested a number of foreign companies to provide documents confirming that the personal data of Russian users is stored and processed on Russian territory.