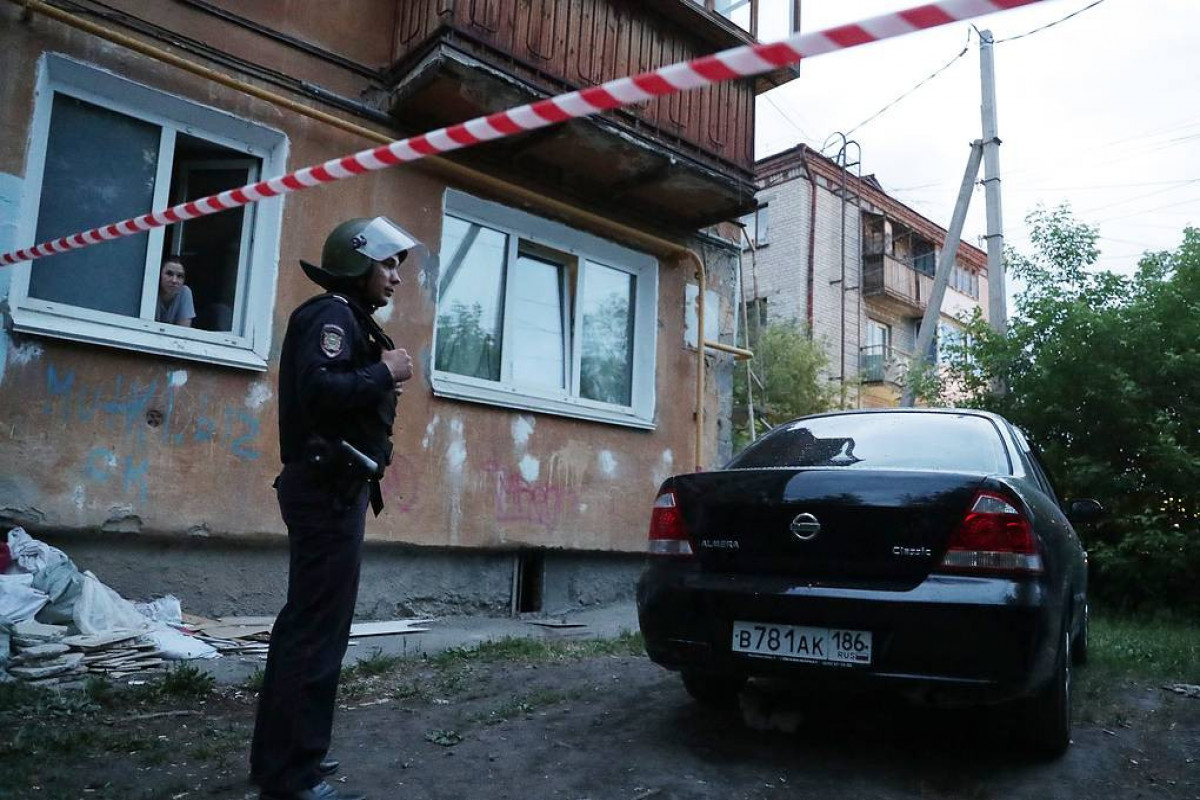 A former police officer opened gunfire from the balcony of his apartment in Yekaterinburg, wounding a National Guard officer and a child, a source in the local law enforcement agencies told TASS on Sunday, APA reports.

"According to preliminary data, gunfire was opened by a former police officer, supposedly from a hunting shotgun. He has not yet been detained," he source said, adding that the man may be drunk.

A girl and a National Guard officer were wounded. Law enforcers are being summoned to the site. The house is being cordoned off and residents are being evacuated.

The shooter has not advanced any demands.

A National Guard officer was wounded in shooting in the city of Yekaterinburg. Apart from that, a child was taken to hospital after the incident, a source told.

"Yes, an officer was wounded. A child was also hospitalized," the source said.

Child taken to hospital after shooting in Yekaterinburg.

Yekaterinburg’s police have confirmed that a girl and a National Guard officer were wounded in shooting.

"Today, police received reports that gunshots were heard from an apartment bloc in Yekaterinburg. Police taskforce was sent to the site. The house was cordoned off. It was established that a resident of this house opened gunfire from the window of his apartment. As a result, a girl (she has been identified) and a National Guard officer were wounded. They are receiving medical assistance," Valery Gorelykh, a spokesman for the Sverdlovsk region police department, told TASS.

More gunshots were heard from an apartment bloc in Yekaterinburg, a TASS correspondent reported from the site.

The house has been cordoned off.

According to preliminary data, the shooting was opened by a former police officer who is presumably using a hunting shotgun. Two people, a girl and a National Guard officer were wounded.

A rapid deployment taskforce of Russia’s National Guard has begun to storm the apartment in a residential house in Yekaterinburg after a former police officer opened gunfire from its window, a source in the local law enforcement agencies told TASS on Sunday.

"Officers of the rapid deployment task force entered the entrance lobby. Storming has begun," he said.