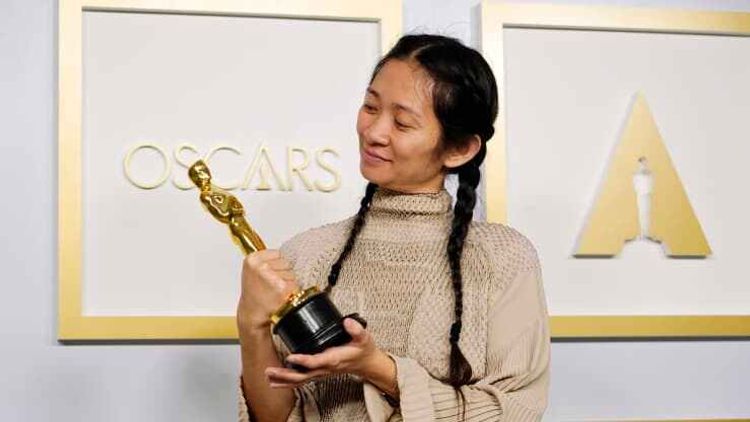 Chloe Zhao made history at the Academy Awards on Sunday. The director of “Nomadland” is the second woman to win the best directing award in nearly 100 years, APA reports citing CNBC.

She is also the first woman of color to win the award.

Zhao was the front-runner heading into the Oscar ceremony, having won directing awards from the Hollywood Foreign Press Association, the British Academy of Film and Television Arts, and the Directors Guild of America.

“When I was growing up in China, my dad and I would play this game. We would memorize classic poems and text and try to finish each other’s sentences,” said Zhao during her acceptance speech. She recited a line of poetry in Chinese before translating it into English, “People at birth are inherently good.”

“I have always found goodness in the people I met,” she said. ”...This is for anyone who has the faith and courage to hold onto the goodness in themselves.”

In the 93-year run of the awards, only seven women have been recognized in the category, even though more than a dozen films directed by a female filmmaker have been nominated for best picture during that time.

In fact, two of those seven women nominated were nominated this year. Emerald Fennell was nominated alongside Zhao for her work on “Promising Young Woman.”

Lina Wertmuller (“Seven Beauties”), Jane Campion (“The Piano”), Sofia Coppola (“Lost in Translation”) and Greta Gerwig (“Lady Bird”) are the only other female directors who have been up for the best directing award.

Kathryn Bigelow was the first woman to win Oscar in 2010 for “The Hurt Locker.”