Notes from the "Kharybulbul" festival'>

I'm in Shusha. I am standing in front of a large stage in front of Jidir Duzu. What I see now is not a decoration instead of years of waiting. The stage is still empty but behind it a fabulous panorama of Jidir Duzu. Not any professional artist can describe this in paintings...

Someone speaks to the ground. “Where is your “Kharybulbul”? Was it offended, too ?!" I turn around and see that this was said by an elderly representative of the intelligentsia. He bent down and fiddled with the ground, stroking the grass. On the other hand, I hear a prayer: “Glory to Allah! We had occasion to see it." This is said by the representative of one of the glorious Karabakh generation, Beimkhanum Javanshirova...

... The road was difficult. We came here through Girmizi Bazar and personally, I was not psychologically ready for the fact that we would go along this road. We drove through the Azerbaijani lands, where Armenians now live, accompanied by Russian peacekeepers. They behaved calmly, some of them turned away at the sight of our caravan of cars. There was an impression that I went back in time, 30-40 years ago. Those who live here saw construction and development for the last time during the collapse of the USSR, before the start of separatist tendencies. Just a few hours ago we drove through the villages of the Fuzuli region with the infrastructure and roads put in order and found ourselves in the early 90s. If the Armenians lived like a human being, did not succumb to various provocations, then now they would live, receiving dividends from progress. They themselves chose such a fate, or they bowed before those who chose such a fate for them.

At the top, among the serpentine roads of these villages, it is seen Shusha, the city from which our battle for the Motherland began and ended. Our Fortress. Not only fortress of our dignity and honor, but our culture, social and political thought, our literature.

I think, I wonder if Shusha is like that too ?! As offended, tired and abandoned as our villages, in which live those for whom these lands are foreign? I am not ready to see such Shusha.

We approach the city. Here is the gate of the fortress, the inscription "Shusha", from here begins a clean, well-groomed road to the city. The fear has disappeared, I am very glad.

Do you know how Shusha is now? Like an old, ruined fatherland. Left without an owner, years later the owner returns, manages the living room, cleans the house. As if a person has given breath to the place, as if the house came to life, life came to life. You see, when the owner comes, that old house, the dilapidated yard, starts to live and breathe. Look, Shusha now is so. It has been destroyed, it has been longing for love and care for years, it has not looked at the stone, the street, the land, the roof, the canals have dried up, and the meadows have been mowed. But years later, the owners, who took it back with blood, stopped and caressed it. The mosque has been repaired, the Jidir Duzu has been returned to its mood, the old roofs and dilapidated streets have been valued, the lights have been turned on, and most importantly, people have breathed, seen love, revived and started to live. Even from this old state, the nobility is raining down, challenging the most modern, beautiful and well-groomed cities of the world. Compete with the most beautiful, brightest, most beautiful cities in the world and win!

And so, the festival begins.

With the support of the Heydar Aliyev Foundation, not only we, but the whole world receive messages of culture, tolerance and unity.

The Kharybulbul festival showed that Azerbaijanis everywhere bring unity, love, culture and art with them.

Being an Azerbaijani is not a question of nationality, but it means being able to protect your dignity, to unite under a single flag, a single Constitution.

To be an Azerbaijani means to become a martyr in the struggle for this land, to fight shoulder to shoulder, to celebrate this victory together.

To be an Azerbaijani means to love the flag of Azerbaijan, to love and chant Azerbaijan in all languages, to sing in Shusha together with the great Uzeyir Hajibeyli, Natavan, Seyid Shushinsky, Khan Shushinsky, to dance on Jidir Duzu together with Polad Bulbuloglu, drive with Farhad Badalbeyli's "Deniz" through the fortress walls, to the accompaniment of the oratorio "Karabakh Shikestesi" by Yalchin Adigezalov, together with Alim Gasimov, to sing the praises of the mountains from Jidir Duzu to Topkhana.

To be an Azerbaijani means to say everywhere and in all languages “Karabakh is Azerbaijan!”, With pride and dignity to be an Iron Fist.

On May 12, Ilham Aliyev wrote another page in our history, because "Kharybulbul" is a much more significant event than a festival.

Fireworks, arranged on May 12 in Shusha, lit up the entire sky of Karabakh.

On May 12 we returned to Karabakh with our culture and art. 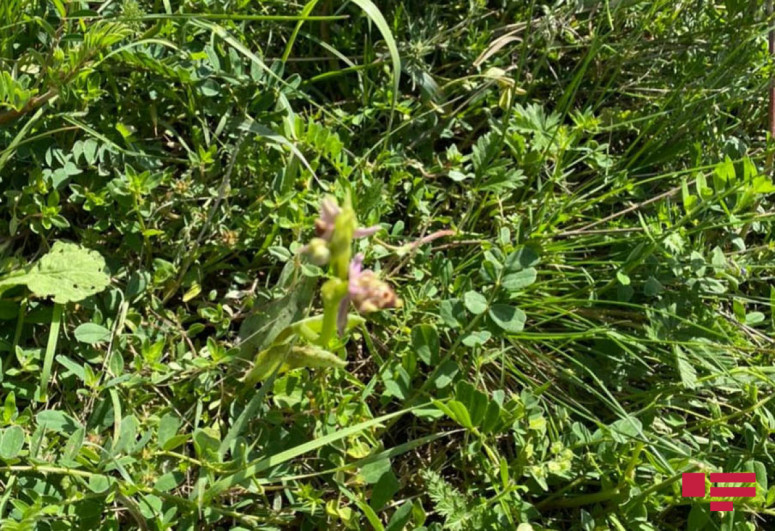 Notes from the "Kharybulbul" festival"/>