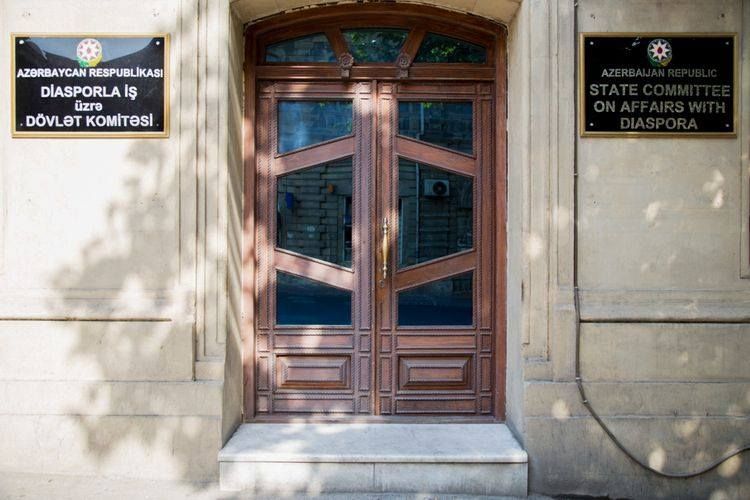 State Committee on Work with Diaspora has issued a statement, Committee told APA.

The statement reads: “Azerbaijanis living in the different countries of the world started organized protest rallies against Armenian aggression, Armenian provocation conducted in the direction of Tovuz region on Azerbaijan-Armenia border.

It is a pleasant situation that demonstrating strong unity, our compatriots demand from world countries and international organizations to liberate Azerbaijani territories from occupation and stop Armenian aggression.”

After Azerbaijani Army giver a decent answer to Armenia’s military provocations, the start of mass, civilized, permitted actions by our compatriots in the international area, has caused serious concern to Armenians around the world, as in front.

Armenia’s deceiving states of the world for long years are being exposed thanks to unity of our compatriots, the real truths are revealed to the world on the basis of real facts.

It is also stressed in the statement that the Armenians getting infuriated with such slogans voiced in the world countries as “Garabagh is Azerbaijan!”, “Garabagh is and will be ours!”, “Put an end to Armenia’s occupational policy”, and exposure of their lies attempt to continue their insidious intentions on the international arena as well: "The Armenians organize unauthorized campaigns in front of Azerbaijan’s diplomatic missions functioning in various countries, try to commit provocations in the authorized campaigns organized by Azerbaijanis.

Regretfully, sometimes the barbarism of Armenians result in sustaining of injury by our compatriots, damaging of their personal property, infliction of material damage to the diplomatic missions, and the adequate response is being given to this."