Ali Huseynli: “These groups which stand against national interests chose path of animosity against people” 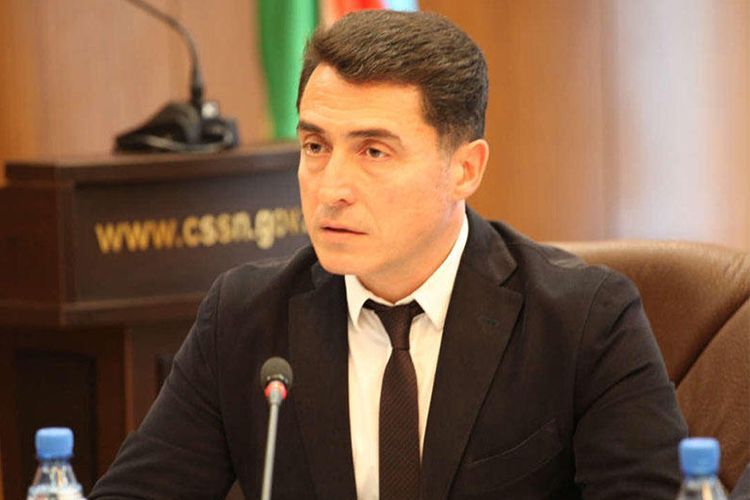 “The statements voiced at yesterday’s conference by the President of Azerbaijan Mr. Ilham Aliyev testify to the supreme principality of the reforms implemented in the legislative body as well along with all other spheres of the country, the next phase of the political dialogue launched on the ruling party’s initiative and reflection of this in all spheres. By this speech, Mr. President once again exposed the internal and external enemies holding campaign against these reforms”, said in his statement to APA Ali Huseynli, the I vice-speaker of the Azerbaijani Parliament, the chairman of Legal policy and state building committee.

A. Huseynli noted that by his another speech based on profound arguments, the President once again stated the principality of the next comprehensive wave of the democratic reforms implemented in the country: “Thereby, the leader of the country stated once again that although the pandemic calamity has shrouded the world including our country, and therefore the countries have faced a serious problem, however, this can’t exert any influence on the reforms implemented in Azerbaijan. As Mr. President himself mentioned, today, we are living through another phase of the wave of reforms based on the new political environment and democratic principles on the backdrop of representation together with the oppositional parties in Azerbaijan. The radical innovations implemented in the administrative agencies, the fundamental reforms taking place in the government including the full renewal of the Azerbaijani Parliament as a legislative body testify to the existence of a strong democratic and favorable political environment in Azerbaijan. The head of the state once again openly stated that the Azerbaijani government has offered political dialogue to all oppositional parties for the sake of statehood and national interests, and he noted that this is yet a beginning. We see that this initiative of the ruling party is being greatly welcomed by most oppositional parties and the whole civil society. And those who reject this dialogue are of course the enemies of our national interests and statehood, and by the negative response given by them to this initiative, they once again have proved this truth. They are already not a political force but antinational, insidious groups. The people and the country’s wider public have witnessed this once again. They have witnessed that these groups are not only a radical opposition but, frankly speaking, the people’s enemies. The main purpose of these groups is not the democratic reforms and the political dialogue, but the creation of anarchy and chaos in the country by order of some forces. Moreover, they even made the Azerbaijani people live through such hard days in the initial years of independence. In those times, the Azerbaijani people faced two enemies: the Armenian militants in Garabagh and these groups who didn’t even abstain from using weapons against people in Baku. And now, by conducting a dirty campaign against the political dialogue gaining wide scope in the country and the multiple oppositional forces joining this dialogue, and by taking a stand against national interests, they are fulfilling another dirty order of their masters. The goal is clear: to launch a blow on the democratic environment in Azerbaijan and to create chaos. They act as an adversary to this people to that extent. Now, these internal enemies will not have another opportunity to fulfill their goals. Because, the Azerbaijani state which is already strong and developed, and the people confidently united around its President are existing. The most part of the opposition that has chosen as criteria the true democratic principles already sees clearly that these groups are the people’s enemies. I think the true opposition, and in general, the leading representatives of the country’s wider public should take a hard-line stance on these groups for the sake of the national interests”.

A. Huseynli said those who want to conduct insidious plans against Azerbaijan by using quarantine regime applied in the world and use of the groups within Azerbaijan, will not achieve their goals. He noted Azerbaijan is not as it was 30 years ago, it is a strong state now: “In the background of the pandemics in the world today, Azerbaijan’s measures and state-building, government reforms, and principal reforms, implemented in the legislative body are considered as an example for most developed countries of the world. All of these are results of principal, strong political will of Azerbaijani President. This political will just make up the essence of the close unity of the Azerbaijani people, increasing day-by-day around Mr. President.”