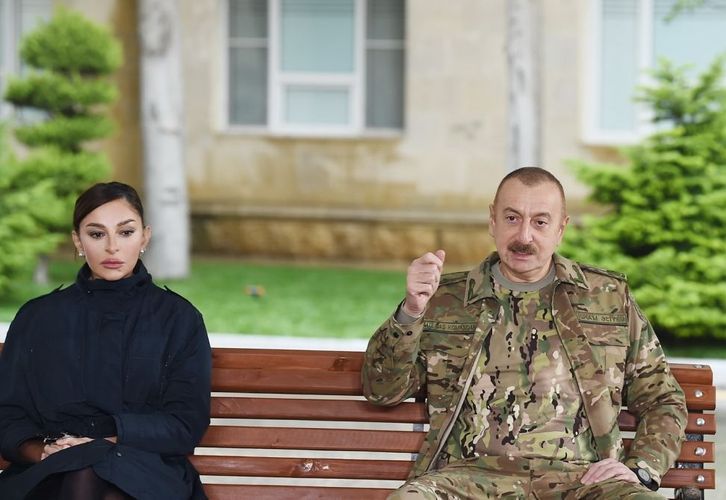 All the destroyed houses will be rebuilt at the expense of the state, President of the Republic of Azerbaijan, Victorious Commander-in-Chief Ilham Aliyev said during a meeting with the servicemen undergoing treatment at Clinical Medical Center No 1, APA reports.

“During these 44 days, the enemy wanted to avenge its defeat on civilians. As a result, 93 civilians were killed, more than 400 civilians were injured, more than 3,000 buildings were either destroyed, burned or damaged. I have already instructed to send groups to the regions, so the damage is being calculated. All the destroyed houses will be rebuilt at the expense of the state. All the damaged houses will be restored by the state. The lost property of our citizens will be restored, lost livestock will be given to citizens. So our citizens can rest assured that all their lost property will be restored,” the head of state said.