Assistant to President: "As a result of counter-attack of Azerbaijan, Armenia's illusions were destroyed" 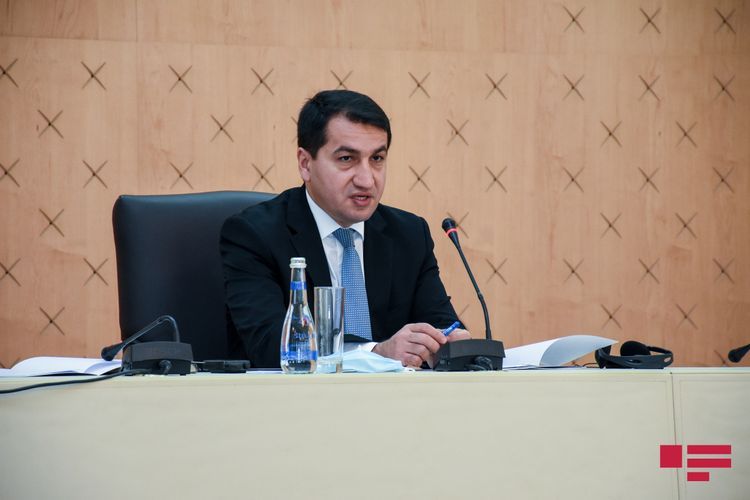 "Recent processes showed that Armenia is not interested in the peaceful resolution of the conflict", said Assistant of the President of the Republic of Azerbaijan, Head of Foreign Policy Affairs Department of the Presidential Administration Hikmat Hajiyev at the briefing today, APA reports.

H. Hajiyev said that Armenia conducted a policy of maintenance of status-quo: "Pashinyan's saying "Garabagh is Azerbaijan" was a blow to the negotiation process. Some still tried to consider themselves winners, to continue occupation in Armenia. As a result of the counter-attack of Azerbaijan, Armenia's illusions were destroyed. The Armenian armed forces have greatly been damaged within 10 days. Most belligerent military units of Armenia were destroyed. Armenia formed this military system, infrastructure for 30 years. Great weapons, equipment have been provided by Armenia in a geographically-small territory. Azerbaijan's armed forces conducted a successful operation under such intensive firing. Responses are still given to the attacks of Armenia."