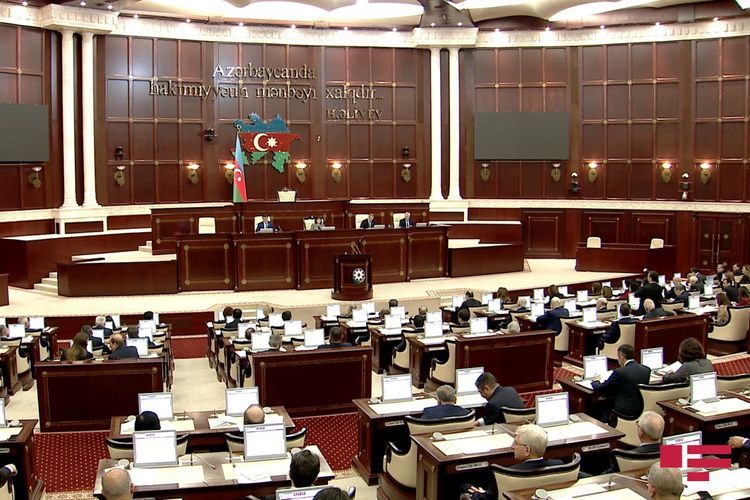 The deputy noted that our servicemen showing bravery will be awarded with orders and medals: “So why not discuss the issue of awarding Mr. President? “Savior” order should be established and Supreme Commander-in-Chief Ilham Aliyev should be awarded this order.”

Deputy Siyavush Novruz suggested adding a sentence to the draft on orders and medals name and order of “Hero of Motherland” initially to be presented to the President of the country.

The speaker Sahiba Gafarova noted that these are very important proposals: “This is the subject of another meeting or event.”