Azerbaijani President: Everyone should and will reckon with us from now on 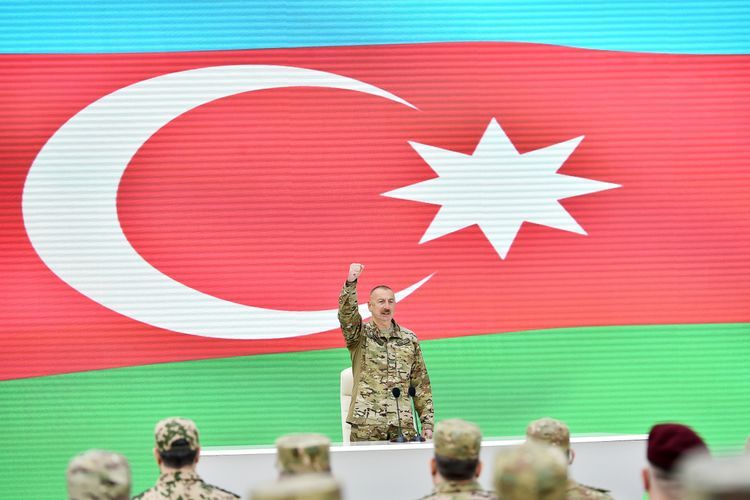 "This official ceremony is being held today. You probably know the reasons. First of all, it was necessary to prepare the new military awards because we didn’t have them before. We had to develop their design and organize their production. It took some time," said President of the Republic of Azerbaijan Ilham Aliyev said as he attended the inauguration of the Military Trophies Park in Baku, APA reports.

"In addition, due to the pandemic, it was not possible to hold such ceremonies indoors and suitable weather conditions were required. In addition, the Military Trophy Park was not ready. I wanted to meet with you on the opening day of the Park so that you are presented with these high awards and become first visitors to the Park. It took some time. But this ceremony is being held today. As Supreme Commander-in-Chief, I would like to express my deep gratitude to you. You have glorified our people, the Azerbaijanis of the world. Our Victory is not only the victory of our people, the entire Turkic world is proud of it. We have created a new reality. We have created it by shedding blood, showing courage and driving away the enemy. Everyone should and will reckon with us from now on.

Glory to the Armed Forces of Azerbaijan! Long live Azerbaijan!" the head of the state noted.