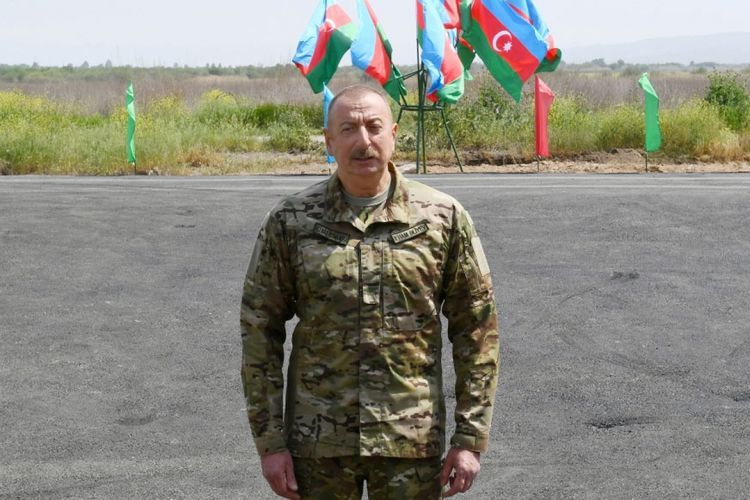 "Unfortunately, the revengeful forces in Armenia have raised their head yet again, are accusing us and making territorial claims. I want to warn them from here to stop these ugly deeds, or they will face a bitter end. We showed who was who during the patriotic war," said President of the Republic of Azerbaijan Ilham Aliyev while visit, with First Lady Mehriban Aliyeva and their daughter Leyla Aliyeva, to Jabrayil and Zangilan districts, on April 26, APA reports.

Mr. President Aliyev said an iron fist crushed the enemy's head. "The recent military provocation against our border guards in the direction of Zangilan on the Azerbaijani-Armenian border should be the last such attempt. We showed restraint and did not respond to this provocation. But this is the last warning. If a similar attempt is made again, the enemy will be destroyed on the spot. We are protecting our border and will continue to do so. The border of each country is one of its state symbols. Azerbaijan has fully restored its borders and territorial integrity. Our Armed Forces won the war with courage and heroism. The role of border guards in our overall victory is very large. I appreciate it. It is no coincidence that many servicemen have been awarded high orders and medals of our state."