CEC Chairman: “Printing of voting ballots will be launched in upcoming future” 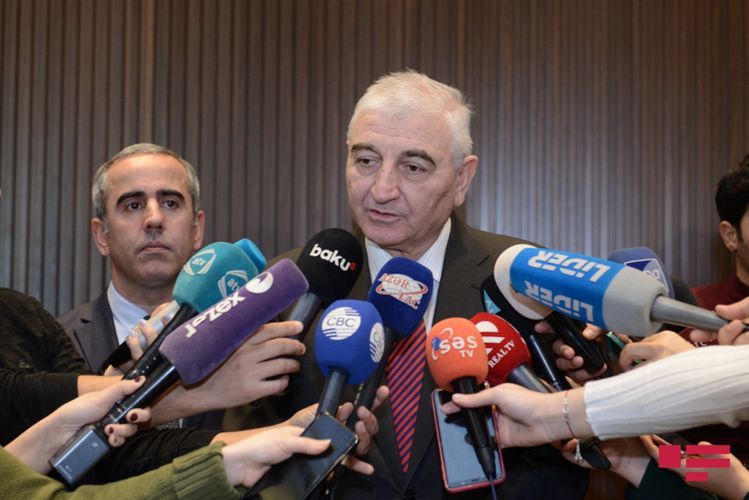 “The Central Election Commission has already started to take steps regarding printing of the voting ballots for the snap elections to the Azerbaijani Parliament, the printing of the ballots will be launched in the forthcoming days”, said Mazahir Panahov, Chairman of the Central Election Commission (CEC) in his statement to journalists today, APA reports.

The CEC Chairman said a part of the persons registered as candidates traditionally revoked their candidacies until the printing of ballots was completed: “We would like the candidates not to suspend their struggle now. But this is the case which frequently happens in the whole world practice especially in the former Soviet and Eastern European countries. When approaching the finish line, at the phase of inclusion of candidates’ names into ballots, a certain part of candidates revoke their candidacies. Currently, we are engaged in this issue. Although a certain part of the candidates has revoked their candidacies, there are still 10-12 candidates per one seat in the parliament. During the voting on February 9, the voters will see on ballots the names of the candidates representing various strata of the wider Azerbaijani community and will be able to make any choice that they wish. There are over 260 parliamentary candidates put forward on the basis of the list of candidates of 19 political parties. In total, the representatives of 28 political parties are among the contenders”.