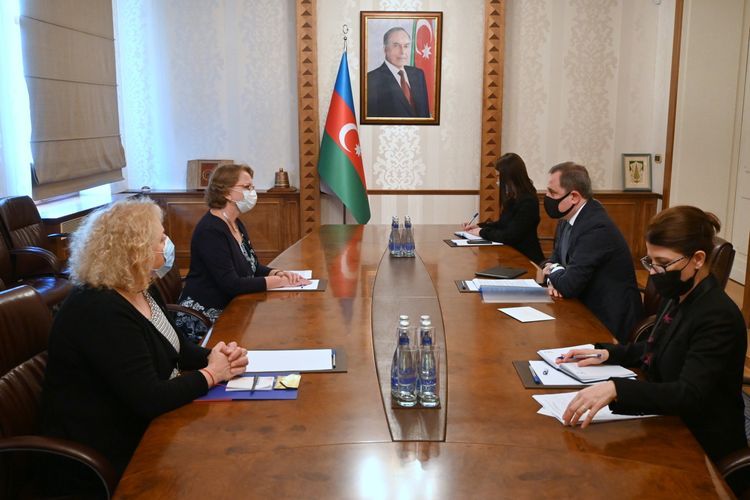 On October 13, 2020, Foreign Minister Jeyhun Bayramov received a copy of the credentials of the newly appointed Ambassador of the Kingdom of the Netherlands to the Republic of Azerbaijan, Pauline Eizema, the Ministry of Foreign Affairs told APA.

Minister Jeyhun Bayramov congratulated Ambassador Pauline Eizema on her appointment and expressed confidence that she would contribute to the further development of relations between the two countries.

Presenting a copy of her credentials to Minister Jeyhun Bayramova, Pauline Eizema said that she would spare no effort to develop relations between the two countries during her diplomatic career.

The sides exchanged views on cooperation between Azerbaijan and the Netherlands. Minister noted the importance of further developing economic relations and stressed the necessity of using full potential in that regard. Continuing the practice of consultations between the Ministries of Foreign Affairs was also underlined by Minister.

Minister Jeyhun Bayramov informed the Ambassador about the aggressive policy of Armenia against Azerbaijan, military occupation of the Azerbaijani territories by Armenia and ethnic cleansing of the Azerbaijanis living in these territories. Recent provocations by Armenia, including the 12-16 July military provocation on the border of Azerbaijan and Armenia, sabotage reconnaissance group’s provocation in August in Goranboy, and the new act of aggression on the 27th of September along the front line was brought to the attention of the Ambassador.

Minister Jeyhun Bayramov informed that the armed forces of Armenia shelled the Azerbaijani positions and villages not only located in the vicinity of the frontline but also the cities situated far from the conflict zone, like Ganja, Mingachevir, Khizi and Absheron. Minister emphasized Armenia’s deliberately shelling the Azerbaijani civilians and civilian objects even after the humanitarian ceasefire was established. The other side was also informed of the killed and injured civilians as a result of the shelling.

Minister noted the importance of the implementation of the UN SC resolutions demanding the full and unconditional withdrawal of the occupying forces from all the occupied territories of Azerbaijan. 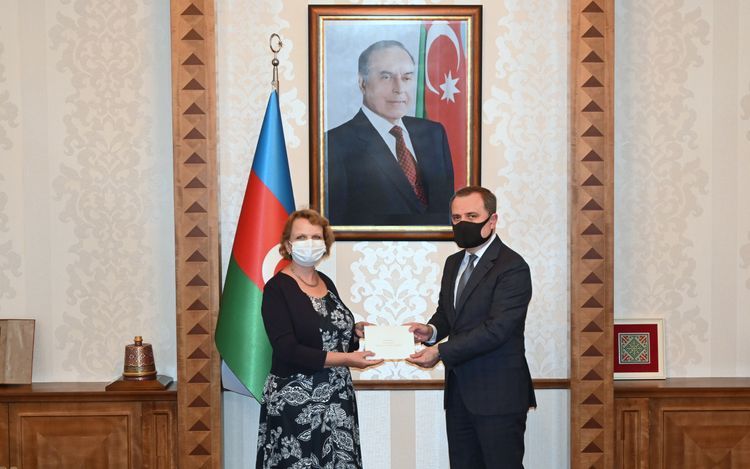