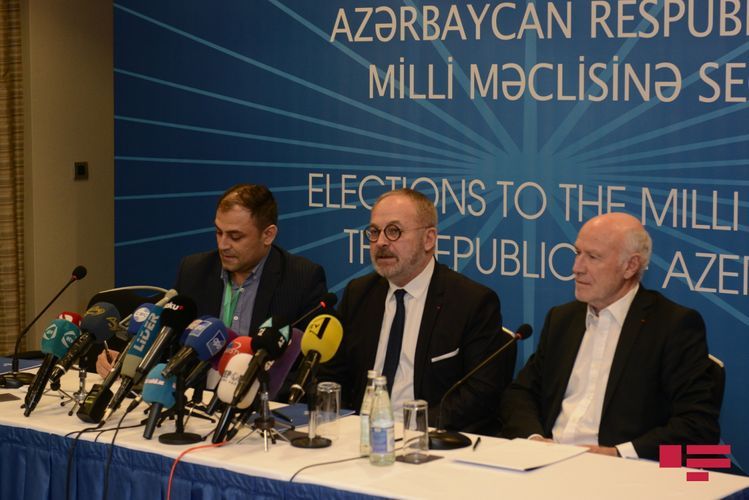 “I have conducted observation at 20 polling stations today. In particular, I would like to mention the inking of fingers in the election process,” Joel Guerriau, vice president of the French Senate Foreign Relations and Defense Committee, said today at a press conference, APA reports.

According to him, another interesting point is related to new generation ID cards, which provide easy access to voter information.

Another French observer, Yves Metero, said that the Electoral Code was prepared in an understandable language and that elections were held in normal conditions.