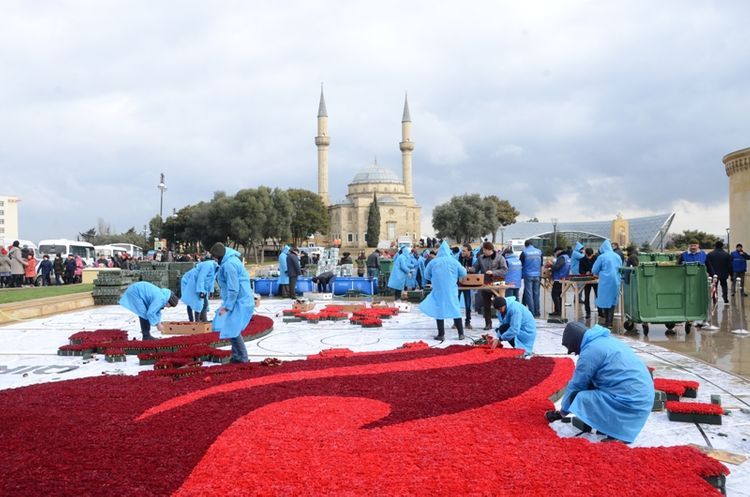 The preparation works are implemented at the Martyrs’ Lane based on the plan of activities adopted on occasion of the 30th anniversary of the January 20 tragedy, the press service of Baku City Executive Power (BCEP) told APA.

The minor repairs, the broad cleaning and accomplishment works have been completed by the BCEP agencies, the branches of trees have been trimmed, the lawn cover has been renewed, new flowers have been planted, the light poles have been painted, the pavements and the whole territory have been washed.

Special compositions are being made from carnations of various colors at the lane on occasion of the anniversary of the tragedy. This composition at the entrance of the lane will be complemented with a carpet laid with flowers and extending to the graves where a pair of carnations will be fixed on each octagonal star on the walls. The experienced specialists and painter-designers have been involved in these works.

Although a few days have left till the commemoration day, the flow of visitors to the lane is already observed. Among the visitors, there are also schoolchildren, teachers, and citizens of foreign countries.

It is planned to complete the preparation works by January 19.

The security measures will be taken in order to ensure the free and unimpeded movement of citizens on January 19-20.